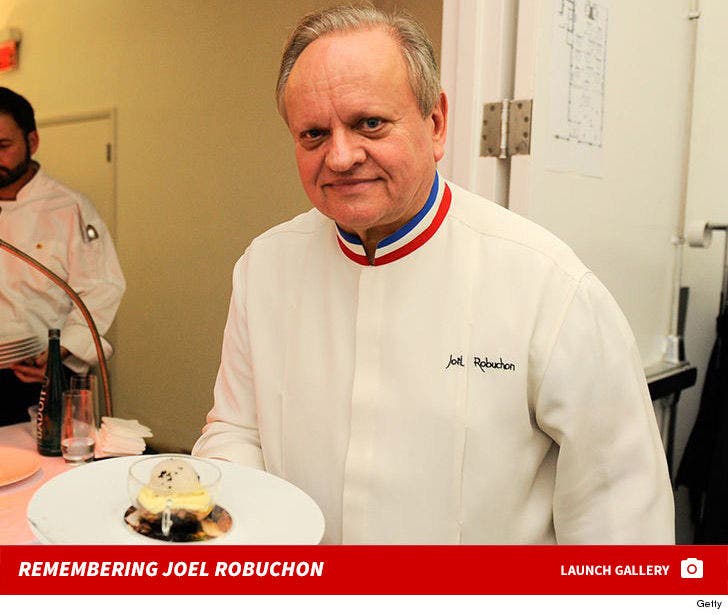 Joel Robuchon, who has a seismic influence on French food turning it from stuffy to fun and accessible, is dead.

Robuchon's impact on food was so enormous, he was called "cook of the century" back in 1990. One of the things he did that has been enduring ... letting diners have a peek into how his food is cooked and plated. He was the first major chef to make it cool for diners to sit at a counter next to the kitchen.

Robuchon appeared on "Top Chef" and a variety of French cooking shows.

Perhaps his signature dish ... puree de pomme -- which you probably know as mashed potatoes. He prepared it simply, but it was amazing.