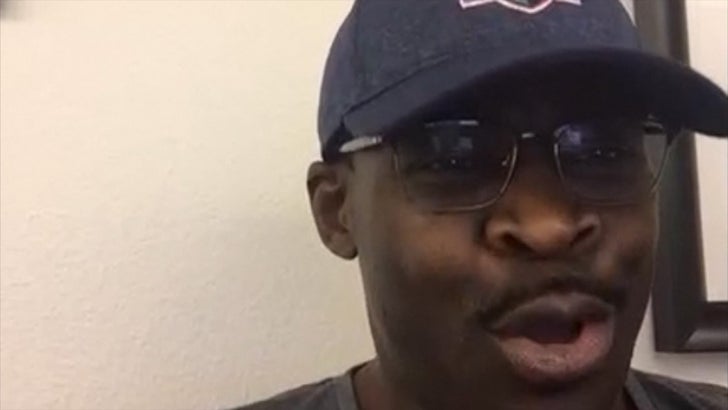 Everyone wants to know ... did Michael Irvin and Steve Smith throw fists after their heated smack talk session on "NFL Network" Thursday night???

Michael tells TMZ Sports ... when the cameras shut off, it was definitely more love than war -- but their dispute ain't over yet.

The whole thing started during the TNF pregame show -- Smith was offended when Michael said the Ravens haven't had a solid go-to WR since Anquan Boldin.

Smith shot back saying his stats (and his route running!!) dominated Irvin's -- and at one point, it seemed like the two might come to blows!!!

So, what happened after the show? Irvin says the two made peace ... sorta.

"Steve and I are great. I love Steve," Michael tells TMZ Sports ... "He's a competitor."

"He's a good friend but [being on the NFL Network pregame show] is also like a locker room."

Irvin also made it clear Smith's allegation that he wasn't a master route runner is B.S.

"I was pure route runner ... I ran routes that ended up in championships! That's all I keep telling people."

"I understand you got those many receptions," Irvin said referencing Smith's impressive career stats ... "but I got the ring-a-ring-a-ring!!!"

"I dominated! I should have won five!" 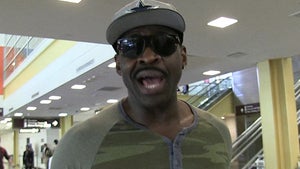 Michael Irvin Says Nothing Worse Than Being Falsely Accused