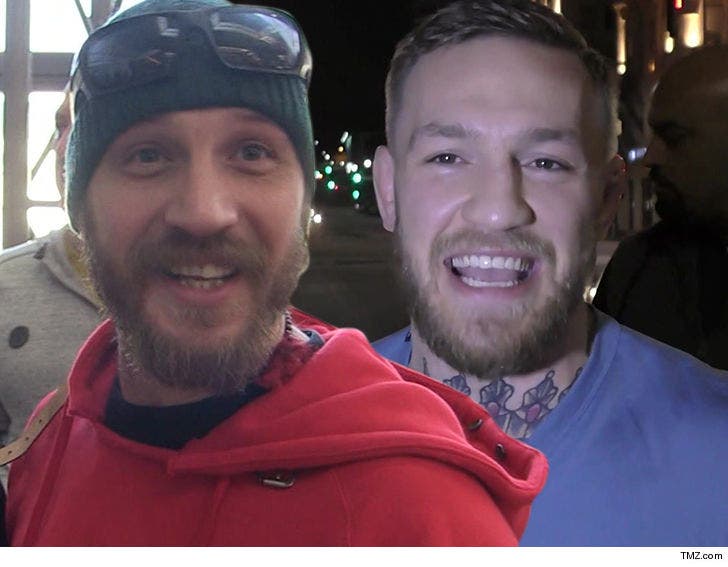 Tom Hardy says he drew inspiration for his movie "Venom" from the Champ Champ -- saying the character he plays in the movie was hugely influenced by Conor McGregor.

Hardy plays Eddie Brock in the comic book flick -- a tough guy reporter who becomes Venom after merging with an alien life form.

Hardy says there were elements of Brock's character that felt very Conor-ish to him -- so, he ran with it.

"There was an aspect the studio wanted somebody who could fight, which they always do in these sort of hero movies. They want somebody who can have a scrap. Conor obviously wants to have a scrap with everybody, so that's useful."

"But then, there were elements like the neuroses of Woody Allen. So, if you put that and Conor together, there was that too."

When asked if he thinks Conor will be flattered by the revelation, Hardy explained -- "I don't think he'd be bothered, really. Conor doesn't strike me as the type of person who might be that bothered!"

It's not the first time a major actor has used Conor for inspiration -- Charlie Hunnam said he drew from McGregor when he starred as 'King Arthur' in the 2017 flick.

By the way, Venom comes out Oct. 5 -- just 1 day before Conor fights Khabib.

Both lookin' for huge wins.