Kim Kardashian West and her family are fleeing California's latest devastating wildfires -- but she got an overhead view of the massive inferno before she left.

Kim's flight back to L.A. Thursday night went right over the Woolsey fire which is raging out of control in Ventura and L.A. Counties -- it's already scorched 8,000 acres. She posted some incredible video of the blaze as she was landing, and said she had to get out of harm's way almost immediately after getting home.

The fire's forced the evacuation of more than 75,000 homes.

I am with Rob, Dream and True and I am up keeping watch! Saying prayers and thanking all of the brave firefighters who risk their lives for us ❤️❤️ https://t.co/eVlJgWSqVd

With the flames already taking out at least 30 houses ... residents, including the Kardashians, are fleeing Calabasas and surrounding towns. Khloe, Kourtney and their little ones have also bolted.

Kim, who was returning from a day trip to San Quentin State Prison, continued documenting the flames as she got outta Dodge, and showed the firefighters tons of love. 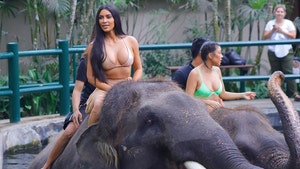 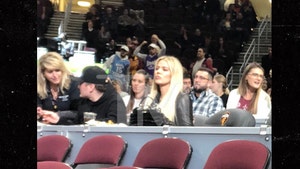