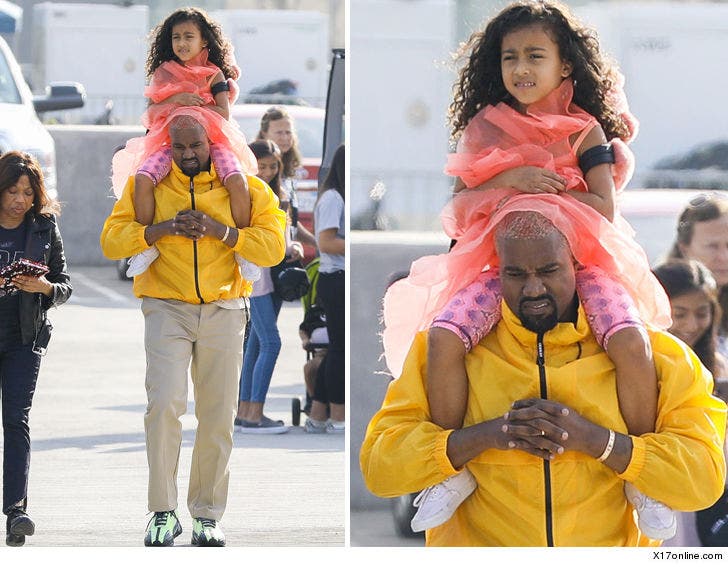 Kanye West's daughter, North﻿, had the best seat in the house for their daddy-and-me date ... on top of Ye's shoulders. Good thing he brought comfy shoes.

North and her pops hit up the California Science Center in L.A. Sunday. Lots of cool things to see there -- like the Space Shuttle Endeavour -- and it's an outing that requires lots of walking. So, it's interesting Kanye chose this day to bust out his yet-to-be-released YEEZY Boost 700 VX. 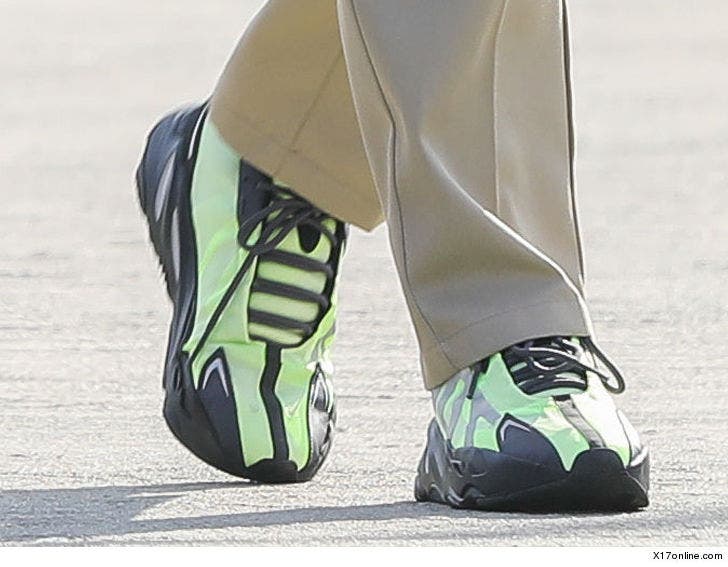 Kinda hard to miss Ye make an entrance ... especially when he's wearing these fluorescent green Yeezy samples down low, and his adorable daughter on his shoulders.

He could use a fun day of daddy duty.

As we reported, the Woolsey fire crept right up to Kim and Kanye's property, and only a team of private firefighters saved them from catastrophe. Ye was also at the Bev Hills mansion when gunfire erupted on the set of his music video with Tekashi69.

Kanye's visit to the Science Center came just a couple days after he donated $150k to the family of a Chicago security guard killed by cops moments after he subdued a gunman. 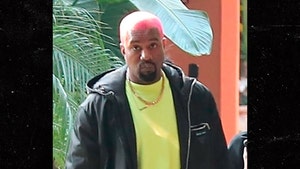 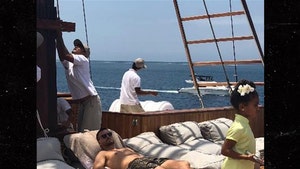