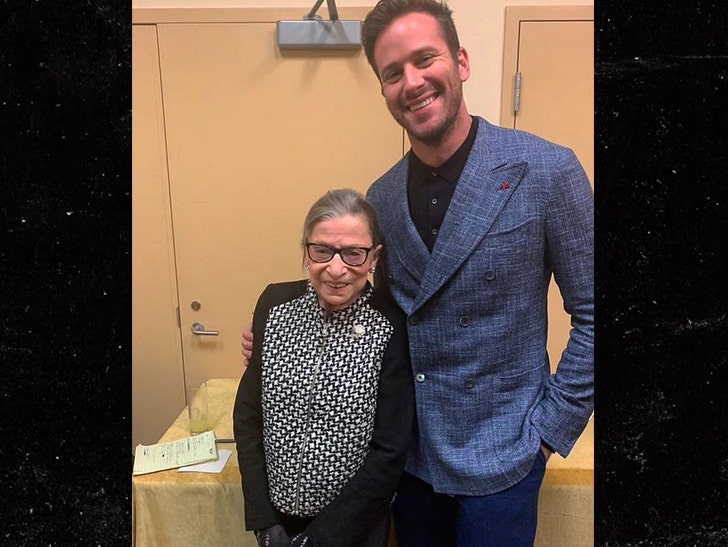 Armie Hammer and Justin Theroux made life imitate art with a trip to D.C. ... for a screening of their new film about Ruth Bader Ginsburg and actually got shoulder to shoulder with the real RBG!

The actors -- both of whom star in the upcoming flick "On the Basis of Sex" about a young Ginsburg rising to prominence -- crashed the nation's capital Tuesday, where they completely bro'd out by photobombing every touristy spot ... with one final stop at the Notorious RBG's office. Getting a pic with RBG is the Washington equivalent of getting snapped next to Mick Jagger.

Each guy captioned their own shots with the Supreme Court Justice slightly differently. Armie went traditional with, "....and then this happened!" while Justin stirred things up a bit by writing, "...new couple alert." That's funny, ya know, 'cause of everything. Ha! 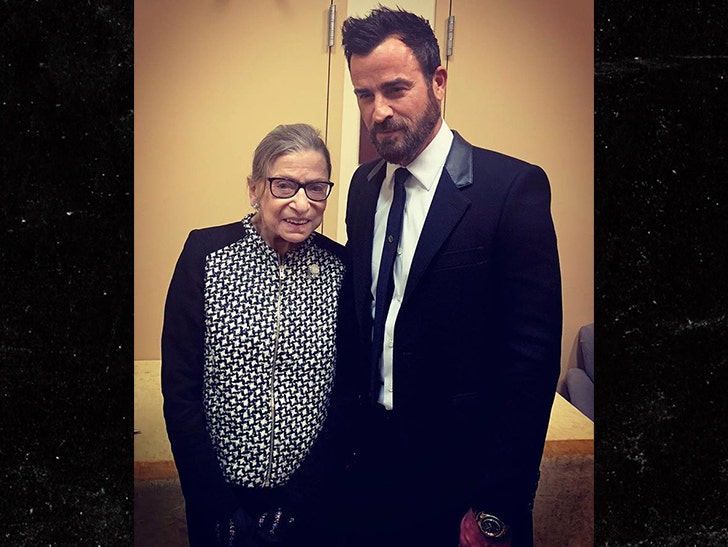 As for Justice Ginsburg, she looks like she's doing a lot better since taking a nasty fall and breaking a few ribs about a month ago. She was released from the hospital shortly thereafter.

Later the same day, Justin and Armie attended a D.C. screening of their flick -- where they posed with young Ginsburg, aka Felicity Jones. It hits theaters on Christmas Day. 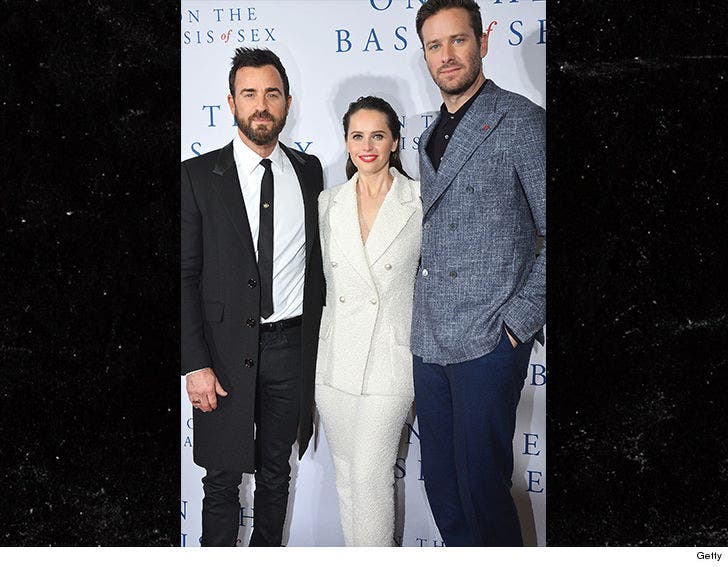 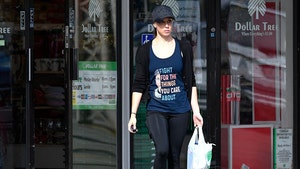