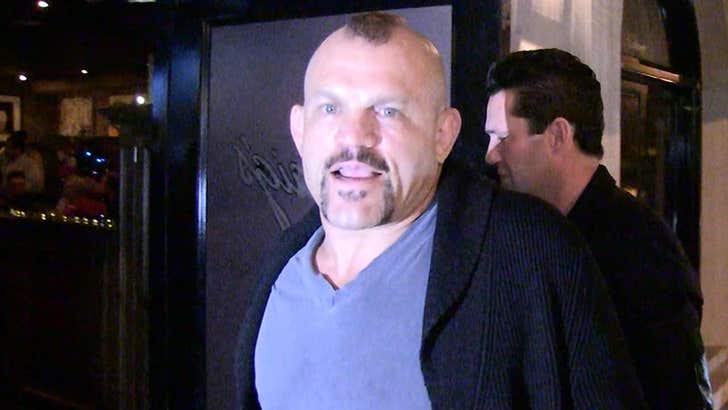 MMA legend Chuck Liddell -- the man in the middle of the Dana White vs. Oscar De La Hoya feud -- tells TMZ Sports he does NOT want the two to settle their beef with their fists.

Didn't expect that, did ya?!

As we previously reported, White BLASTED De La Hoya for putting Liddell back in the cage last month to fight Tito Ortiz ... claiming it was irresponsible and Oscar had no regard for Chuck's health or well-being.

Oscar fired back with some trash talk of his own -- and ultimately challenged Dana to a fist fight. It's getting real nasty. 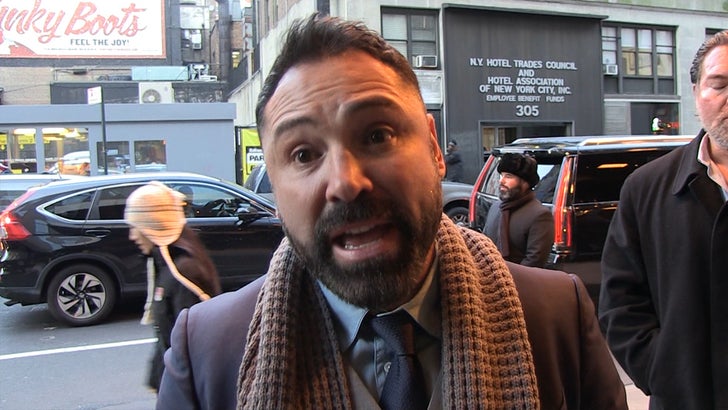 So, when we saw Chuck out at Craig's in West Hollywood on Saturday night ... we asked how he felt about the situation ... since he's tight with both Oscar and Dana.

"I don't think they should fight," Chuck told us ... "What are you gonna expect? Oscar keeps attacking Dana. Dana's gonna defend himself."

As for Dana and Oscar ... guessing they won't actually come to blows -- but they ain't catching a beer together any time soon either.