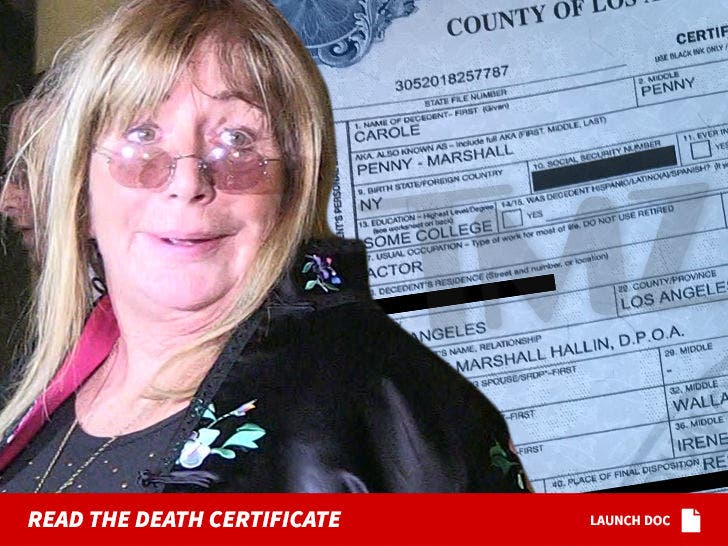 Penny Marshall died from heart failure, heart disease and complications from diabetes ... this according to her death certificate.

We obtained Penny's death certificate, issued Monday ... and it lists heart failure as the primary cause of death. The document also says cardiovascular disease and diabetes were contributing factors.

TMZ broke the story -- Penny died December 17 in her Hollywood Hills home -- the certificate lists 9:10 PM as her time of death.

The famed actress and director of huge films like "Big," "The Preacher's Wife" and "League of Their Own" was cremated 10 days after she died.

"Big" star, Tom Hanks, was one of the first to post a tribute to Penny after her death, saying, "Goodbye, Penny. Man, did we laugh a lot! Wish we still could. Love you. Hanx." 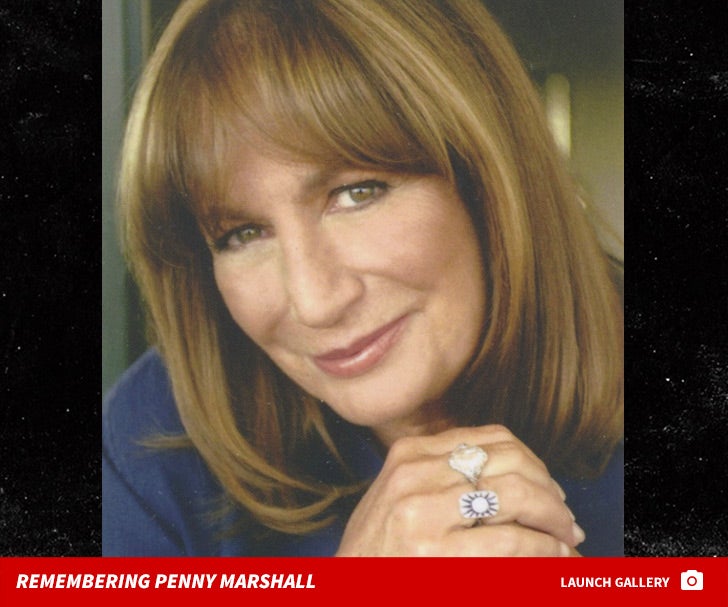