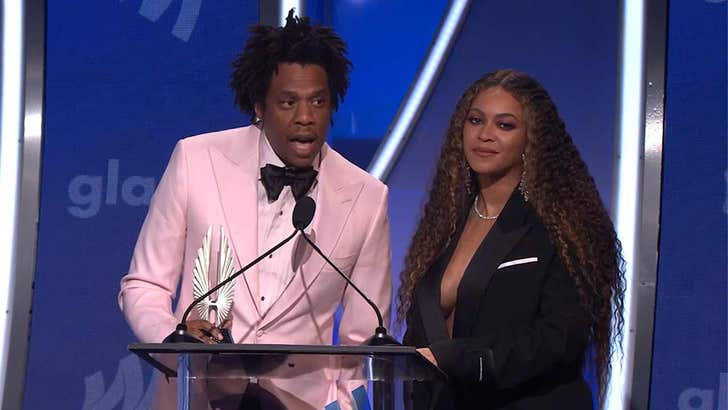 Jay-Z and Beyonce added another award to their mantle, but this one was highly personal ... and incredibly emotional.

The power couple received the Vanguard Award at the 30th Annual GLAAD Media Awards at The Beverly Hilton Thursday night, and used their time onstage to praise the LGBTQ community ... and members of their family who are a part of it.

Jay went first and shouted out his mother -- who came out as a lesbian on his track, "Smile," and received a Special Recognition Award last year -- for allowing him to follow her shining example of love and acceptance.

Beyonce then praised her Uncle Johnny, who she calls "the most fabulous gay I ever knew" and says helped raise her and her sister, Solange. Bey says her uncle lived his truth and was brave and unapologetic when it wasn't easy to do so ... and witnessing his HIV battle was "one of the most painful experiences I’ve ever lived."

She says she hopes his struggles helped pave the way for young people to live freely, and stresses that LGBTQ rights are human rights.

Bey also praised her man, saying Jay's helped change stigmas in the hip-hop culture ... and she's proud to be making those strides by his side. 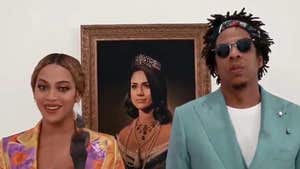 Beyonce and Jay-Z Didn't Pay for Meghan Markle Painting, But It's Okay 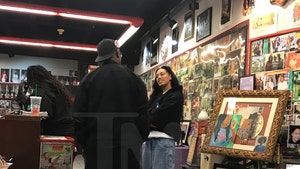 Beyonce's Sister, Solange, Springs Up in Houston with Film Crew