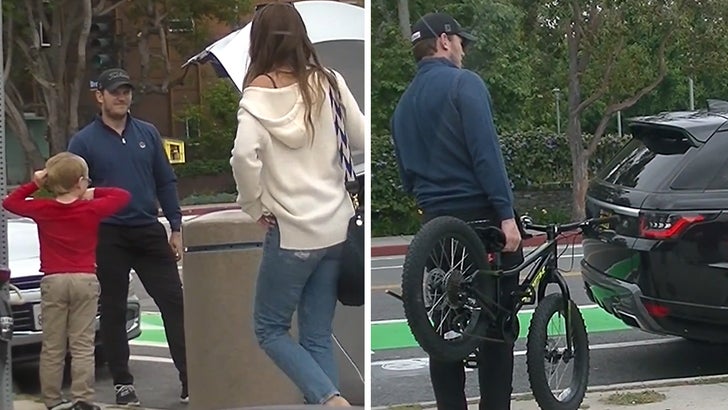 If Chris Pratt ever took the SAT test, he's lucky there wasn't a question ... How do you fit a bike in a Tesla?

Chris' fiancee, Katherine Schwarzenegger, apparently made his son Jack's day by plunking down cash for a brand new bike. The 6-year-old's superhero dad, however, struggled to secure the bike inside Elon Musk's handiwork -- to no avail.

Star-Lord did not give up ... his Plan B was Katherine's SUV, where the bike fit nicely.

Chris and Katherine shared a kiss, she took off alone and he took off in his Tesla with Jack. Presumably, they rendezvoused back at the house so Jack could ride to his heart's content.

By the way ... the answer to the SAT question could be, the bike just doesn't fit in a Tesla.