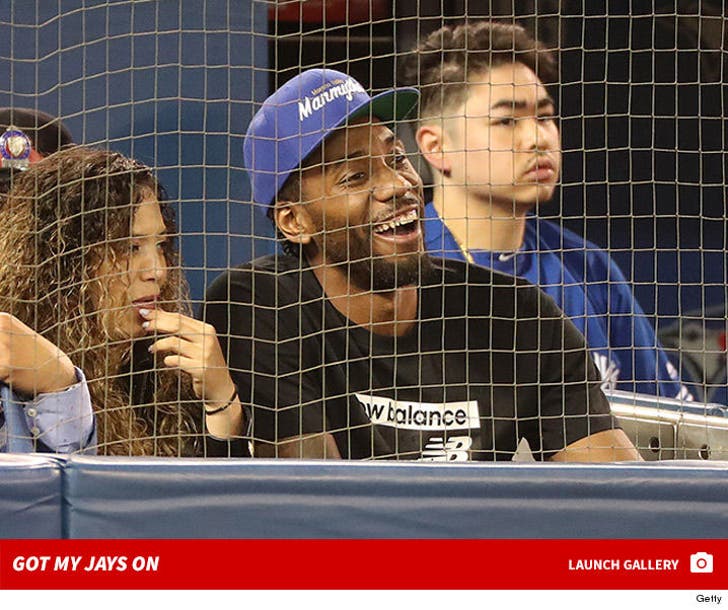 SEE!?!? Kawhi Leonard doesn't only smile when he wins titles ... he smiles at baseball games, too!!

The Raptors superstar had a front row seat Wednesday at Rogers' Centre in Toronto to watch the Blue Jays take on the Angels ... where the NBA champ got a standing ovation from the crowd!

Leonard was so moved, he actually let his emotional guard down ... AND SMILED FROM EAR TO EAR!! It was amazing!!!

Turns out, Kawhi was really enjoying himself and got into the game ... he was even spotted taking a cell phone picture of Angels superstar Mike Trout.

Kawhi Leonard is focused on Mike Trout, per source. pic.twitter.com/94dhxzNzSj

Can't blame the guy ... Trout is a superstar and the greatest baseball player on the planet, so it's cool to see game respect game ... even if it's a different game.