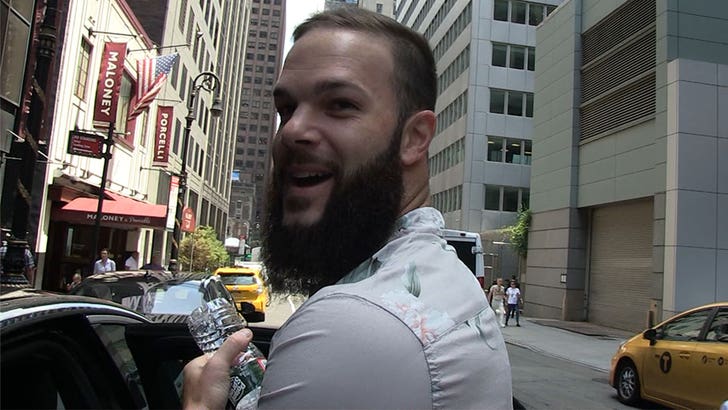 Dallas Keuchel has ZERO regrets about signing with the Braves over the Yankees this month ... the star pitcher tells TMZ Sports, "So far, so good!!"

Of course, Keuchel was an ace for the Houston Astros for years ... but remained unsigned throughout the beginning of this season because of his free agency demands.

But at the beginning of the month ... teams ramped up their offers for the former Cy Young winner -- and it reportedly came down to the Braves and Yankees.

But Keuchel -- who ended up choosing Atlanta -- told us out in NYC on Friday he has NO regrets yet about his pick!!!

Keuchel -- who's already started 2 games for the Braves since signing on June 7 -- did say he has been going through a bit of an adjustment period, telling us, "I think we're always adjusting, no matter what time it is."

Dallas also gave us his take on the Braves' playoff chances this year ... and seems he likes ATL's odds at making the postseason!!!