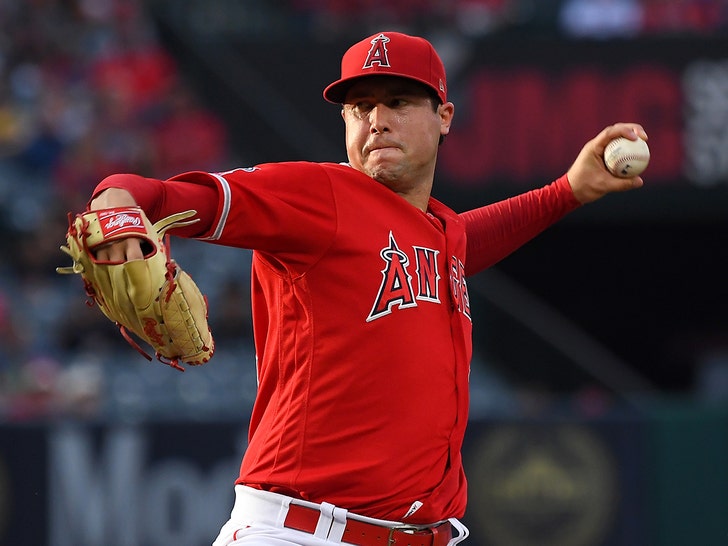 In one of the most incredible moments EVER on a baseball field ... the L.A. Angels combined to throw a no-hitter in their first home game since Tyler Skaggs tragically died last week.

The team honored Skaggs at every turn in their first game in L.A. without the pitcher Friday night ... every player wore a No. 45 Skaggs jersey, they painted a Skaggs mural on the centerfield wall, and Tyler's mom even threw out the first pitch.

But the Angels saved their best tribute to Skaggs for the actual game ... 'cause LA pitchers Taylor Cole and Felix Pena combined to no-hit the Seattle Mariners in a 13-0 win.

Afterward, every LA player stripped the Skaggs jerseys from their backs and laid them on the mound ... and, yeah, there wasn't a dry eye in the house.

"It feels amazing," Cole said after the game ... "It's definitely the most special thing that's ever happened to me on a baseball field."

Even the Angels' bats did their part to honor Skaggs ... Mike Trout had the best game of his MVP-caliber season, going 3-for-4 with a home run and SIX RBIs.

As we previously reported, Skaggs died in a team hotel room on July 1 in Texas. Investigators are still working to determine a cause of death.