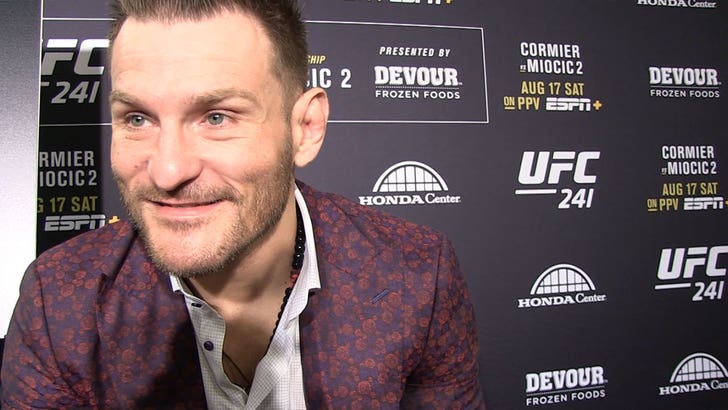 Stipe Miocic says the guy Conor McGregor attacked at a pub back in April is one badass dude ... telling TMZ Sports he's got a CHIN OF STEEL!!!

The UFC superstar says he's seen our vid of Conor clocking the bar patron for rejecting his whiskey ... and Miocic has gotta give props where it's due -- saying the guy soaked in that hit like a pro!!!

Miocic is reserving judgment on the situation, though ... saying he'd want to hear both sides of the story before calling out McGregor for the hit.

Stipe -- who's fighting Daniel Cormier at UFC 241 on Saturday -- jokes that Dana White should give the bar guy a fight contract ... but keeps it real when we ask him to send a message to young fans who look up to Conor.