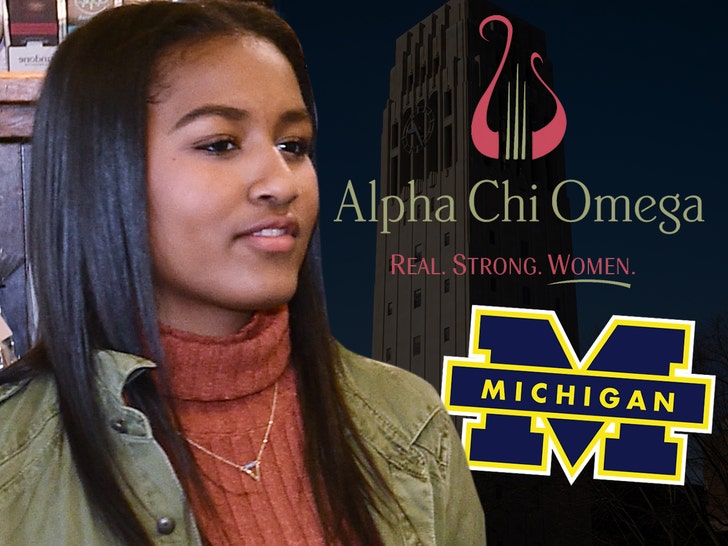 Sasha Obama is the it girl ... just ask University of Michigan sororities champing at the bit to land her as a pledge, but we've learned one Greek sisterhood has the edge.

We've called around Ann Arbor ... there's a scramble to recruit 44's youngest daughter, who's been dubbed a "rush crush."

The people we've spoken to say it's undeniable -- having an Obama in the house is an unquestionable badge of honor -- but that's not the only reason Sasha's a hot commodity. They say she's smart, personable and she can draw a crowd.

We're told Alpha Chi Omega (AXO) is the front-runner for a couple of reasons. For starters, when she visited the school earlier this year, Sasha stayed at AXO's house. Turns out, one of Sasha's close friends from high school pledged there.

Sasha's just started her freshman year, but rushing doesn't begin until Spring. If she decides to pledge, all signs seem to point to AXO, which has a mantra that will surely get her parents' seal of approval ... a sorority populated by "unique, talented, genuine women choosing a fun and meaningful way to enhance your college experience and building lifelong bonds that extend long into your alumni years."

FYI ... Michelle Obama was not in a sorority at Princeton but did become an honorary member of Alpha Kappa Alpha in 2008. As for Malia, we don't know if she pledged at Harvard. 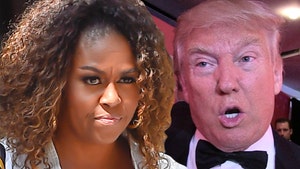