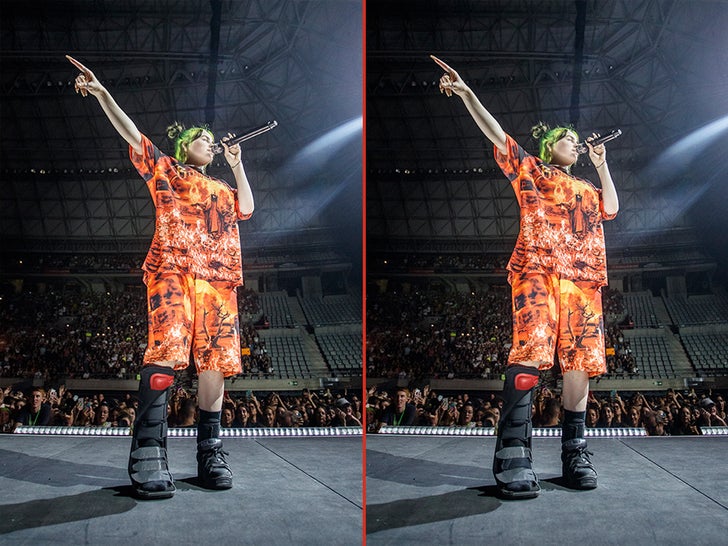 Don't let these two almost identical images of Billie Eilish give you the boot! Stand your ground and see if you can come out on top ... Start looking for the sneaky switches that have been made to this tricky pic!

The singer was photographed earlier this week while on stage performing at her concert in Barcelona, Spain. We've made a few changes to the photo above so take a really good look around this photo ... See if you can figure out the differences between these two super similar snaps!

**HINT -- There are THREE differences in the above photographs!!**