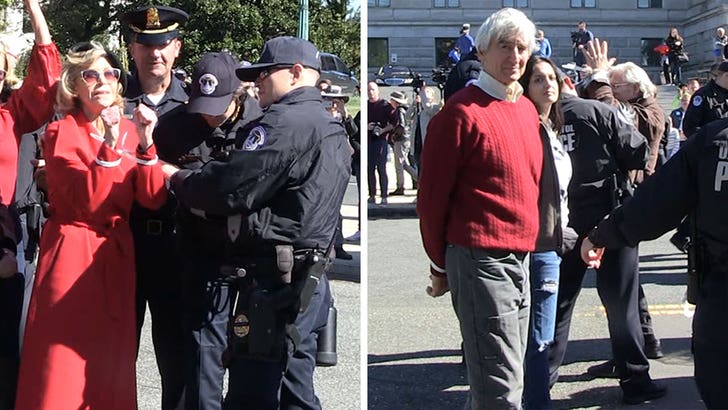 11:03 AM PT -- U.S. Capitol Police say 17 individuals were arrested for unlawfully demonstrating, and all were charged with crowding, obstructing or incommoding.

Jane Fonda's true to her word -- she said she's willing to get hauled off to jail every Friday in order to raise awareness about the climate crisis ... and she's walking that walk.

Jane and several other protesters -- including her "Grace and Frankie" costar and "Law & Order" legend, Sam Waterston -- just got arrested on the steps outside the U.S. Capitol building in D.C.

Like last week ... Fonda and a group of fellow climate change advocates were cuffed and put in a police van for their part in what she calls the "Fire Drill Fridays" initiative.

Jane's vowed to stage a demonstration outside the Capitol every Friday no matter what, after being inspired by Swedish teen activist Greta Thunberg and her weekly climate strikes across the globe.

It's unclear how many protesters were arrested this time -- last week, cops busted 16 people for unlawfully demonstrating -- but it seems like law enforcement better expect to make this part of their weekly routine.

We reached out to Jane's team ... no word back so far. 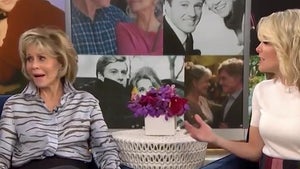 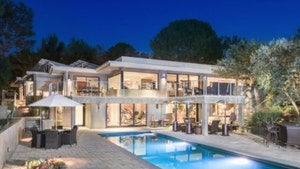