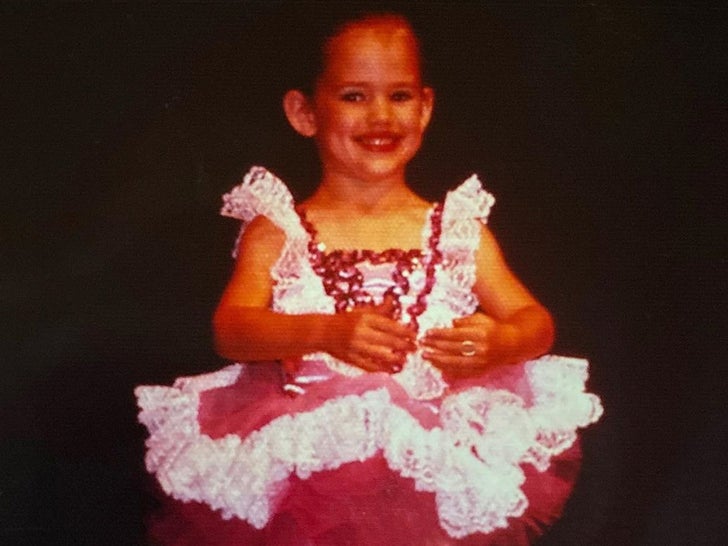 This tutu'ed tyke was born in Texas, grew up in West Virginia, and went to college at Denison University in Ohio ... where she majored in theater.

She moved to New York City in 1995 to pursue her acting career, and landed her first onscreen gig in the TV movie "Zoya," in which she played Melissa Gilbert's daughter.

The following year, she nabbed a small role on "Law & Order" like so many other aspiring young actors do ... along with a guest spot on "Spin City." While working on the sitcom, she met Stephen Colbert and actually made some extra dough babysitting his daughter!

This was all before she moved to Hollywood and bounced around from one canceled TV show to the next, before finally making it big as a badass CIA agent on J.J. Abrams' famous action series.

She'd go on to star in one of the all-time great romantic comedies ... and get married to a guy who'd eventually play Batman in the movies.