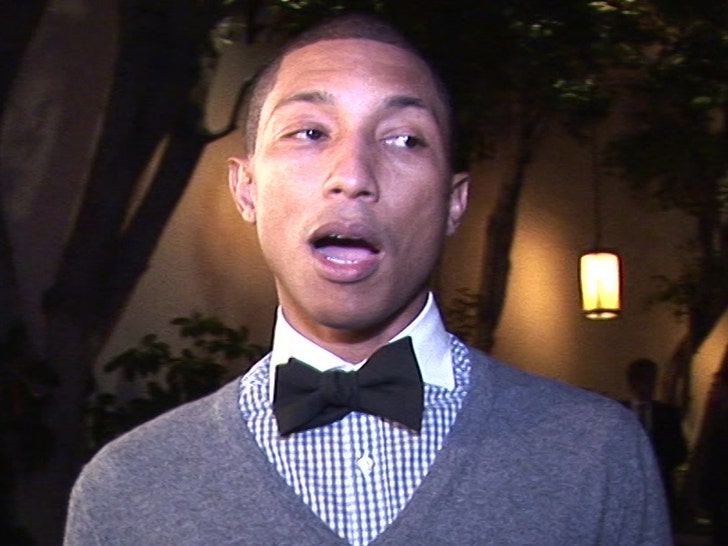 Pharrell's crib was the scene of a massive police presence after someone called 911 claiming a person there had been fatally shot ... but it was nothing more than a swatting call.

Law enforcement sources tell TMZ ... cops rushed to the artist's LA-area home Monday night around 6:30 PM after someone called police claiming a friend had been accidentally shot in the stomach and died.

Our sources say when police got to the house, people inside were confused as to why cops had shown up at all. We're told cops checked everyone to make sure nobody had been shot. Law enforcement, we're told, ultimately determined it was a swatting call. Our sources say Pharrell was NOT home at the time. Cops are continuing to investigate.

You'll recall it was just a few years ago there was a string of celeb swatting calls. Lil Wayne had had it up to HERE and was getting tired of it. Tom Cruise, Diddy, Selena Gomez, Justin Timberlake and Rihanna were just some of the many celebs hit by a slew of swatters.