President Trump might be going to bat for Bernie Sanders in public -- but behind closed doors in L.A. ... he mocked the Vermont Senator as a "crazy" socialist he can easily beat.

DT was in the City of Angels Tuesday for what's been reported as a series of fundraisers and talks about the 2028 Olympics, which are set to take place in L.A. After arriving in town, Trump held a private dinner for donors at the Montage hotel in Beverly Hills.

Eyewitnesses tell us about 300 people attended -- folks like Lindsey Graham, Steve Wynn, Jared Kushner and other GOP bigwigs -- and some of the food served included steak, fish, chicken, salad and dessert.

Anyway, we're told by someone present ... the Prez took a decent amount of time to call out Sen. Sanders by name, calling him "Crazy Bernie" and even openly saying he hopes he wins the Democratic nomination, 'cause Trump professed he could beat in a general election.

.....Mini is illegally buying the Democrat Nomination. They are taking it away from Bernie again. Mini Mike, Major Party Nominations are not for sale! Good luck in the debate tomorrow night and remember, no standing on boxes!

That's interesting, of course, because 45 has been tweeting about Bernie a lot lately -- suggesting the DNC is trying to "steal" the nomination from him like in 2016. Turns out, it appears it's because Trump really, REALLY thinks Bernie's a tire fire candidate.

We're told he kept the topic going, joking Bernie wants to give free education and stuff to everyone ... wondering if a Harvard education and Rolls-Royce cars were in store for "illegals" under his vision. Funny enough, Bernie was asked about Trump's support the same night.

“That's not how I would interpret it," Sen. Sanders says, rejecting the idea that Trump tweets about him so frequently because the President wants to face him in November. "I think Trump understands that we have something that other candidates don't." #CNNTownHall pic.twitter.com/0Z10moDqDL

BTW, Hillary and Mike Bloomberg were also mentioned during this get-together. Go figure.

On the HC front, Trump just said he'd only spent about 25% of what she did in 2016, and still beat her. For Mike -- whom he's been mercilessly mocking on Twitter -- DT didn't spend a lot of time on him ... just mentioning the guy's wealth and how much he's spending to try to beat him. 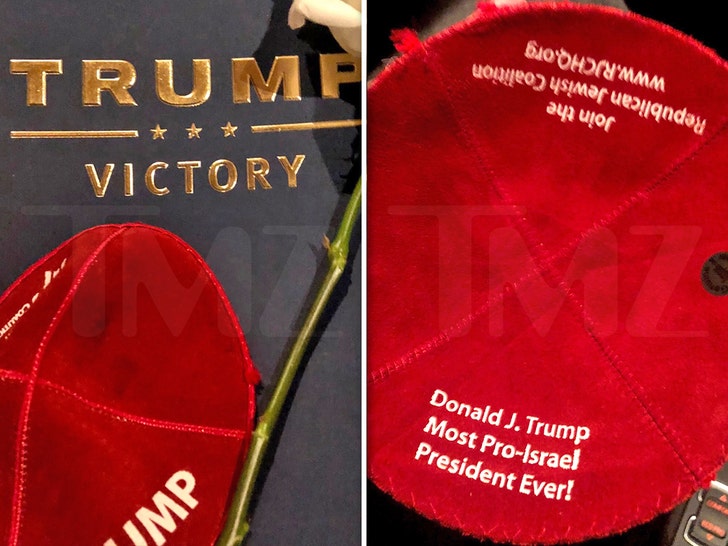 Bloomberg has already spent hundreds of millions on ads -- the guy's worth upwards of $60 billion. Other topics covered at the dinner -- terrorism, anecdotes from 2016, etc.

BTW, some reports say some of the top-ticket fundraising items at these fundraisers Trump's got scheduled this week are going for anywhere from $100k to $250k for photo-ops and rounds of golf with the President. Unclear how much he might've hauled in on Tuesday. 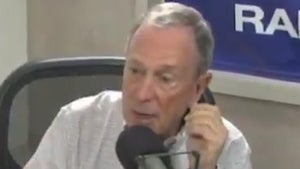 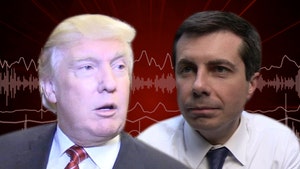