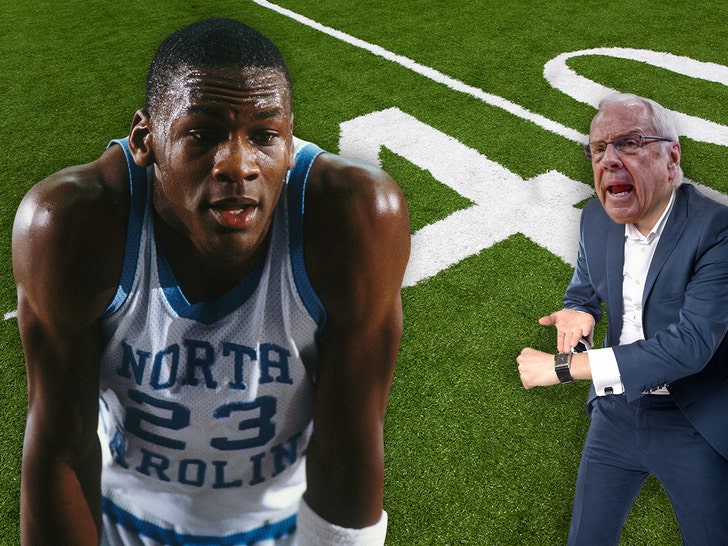 Did you know Michael Jordan once ran a faster 40 time than nearly EVERY prospect in this year's NFL draft????

It's true ... so says Roy Williams, who claims he clocked MJ running a 4.38 his sophomore year at Univ. of North Carolina!!!

The Tar Heels coach broke down the unbelievable story to Colin Cowherd on Monday ... saying on "The Herd", he and 2 other UNC assistants witnessed the athletic feat with their own eyes in 1982.

Williams claims prior to MJ's second season with the Tar Heels, he was charting Jordan's athletic growth from his first season ... when he forced the young Jordan to run a 40-yard dash.

Williams says when he looked down at his stop watch ... he saw 4.38 -- and had so much trouble believing the time, he made MJ run it again.

So, Jordan sprinted one more time ... and the results were the same!!!

FYI, that time is RIDICULOUS ... only 4 NFL draft prospects this year ran faster than a 4.38 at the combine!!!