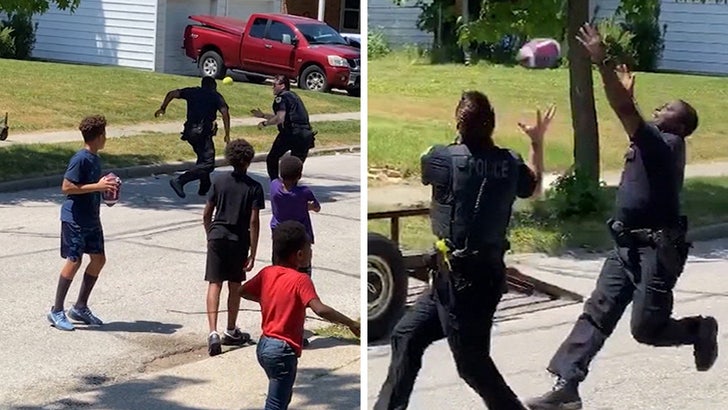 Shout out to 3 Ohio cops who ended up playing football with a group of kids after someone called police to complain 5 black children had the nerve to be ... playing outside.

The incident unfolded, of all days, on Juneteenth in Shaker Heights, Ohio ... where you can see on video the trio of officers stuck around to take a few snaps and play with the kids ... instead of arresting or sending them home.

One of the kids' mothers, Wendy Brown, reportedly said cops told her, "I don't know who would do it, but someone called police on the kids, they said they were playing in the street so we came by." Wendy said the cop also told her, "We used to play in the street as kids."

They obviously channeled their inner children to join the fun. It was a pretty awesome scene as one of the kids played QB and tossed a spiral downfield as 2 cops battled for the ball.

As Wendy told FOX8, "We encourage them to go outside and just be kids, so they were just playing football out in the street like they do any other time." She recorded the pickup game with the officers and the video is spreading like wildfire.

Easy to see why -- this is a great example of cops connecting, in a meaningful way, with the community they police. More of this, please. 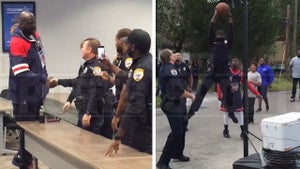