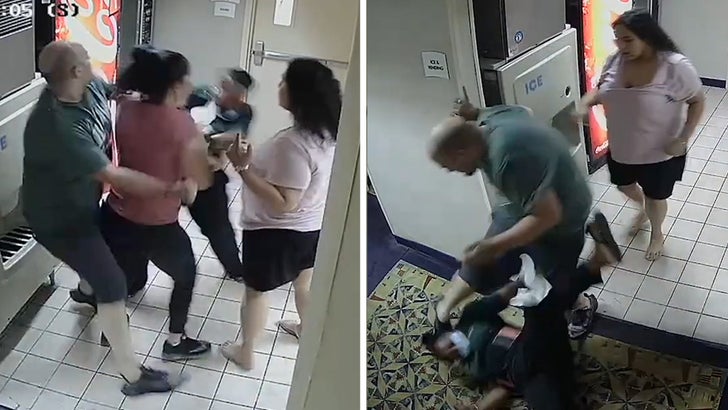 Police are still searching for 2 suspects seen on video pummeling a black female employee at a Connecticut hotel last month -- but their charges have already been upgraded.

The Stonington Police Department in Connecticut announced Friday it has issued new warrants and new charges for Philip Sarner and Emily Orbay, the couple who attacked Chrystal Caldwell on June 26 at the Mystic Inn ... as she was working at the hotel.

Sarner was initially facing charges of second-degree assault and third-degree assault, but the State's Attorney's Office tacked on a charge of intimidation based on bigotry and bias.

Orbay is facing 2 counts of third-degree assault as well as the additional intimidation based on bigotry and bias charge. We're told multiple law enforcement agencies are working together in the search for Sarner and Orbay.

As we reported ... Caldwell was brutally assaulted -- she suffered a concussion -- and the couple allegedly called her a racial slur. She says they were upset about not having hot water in their hotel room.

Police said Sarner and Orbay fled the hotel and the state immediately after the attack.