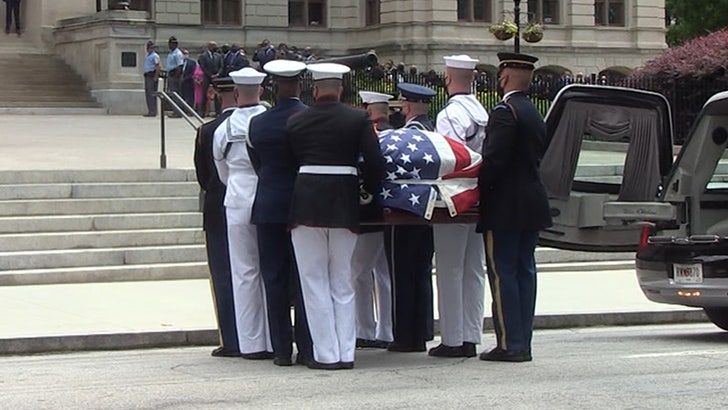 The body of late congressman John Lewis arrived and is now lying in state at the Georgia State Capitol ... drawing long lines of constituents looking to pay their final respects.

The procession -- led by a score of police escorts -- weaved its way through downtown Atlanta Wednesday before making its stopping at the Gold Dome for an hours-long public viewing of the closed casket in the State Capitol's rotunda. Lewis, who'd been in Congress since 1987, is only the fourth Black person to lie in state in the Georgia Capitol -- the others being Coretta Scott King, Senator Leroy Johnson and civil rights icon/Lewis' longtime friend, C.T. Vivian. 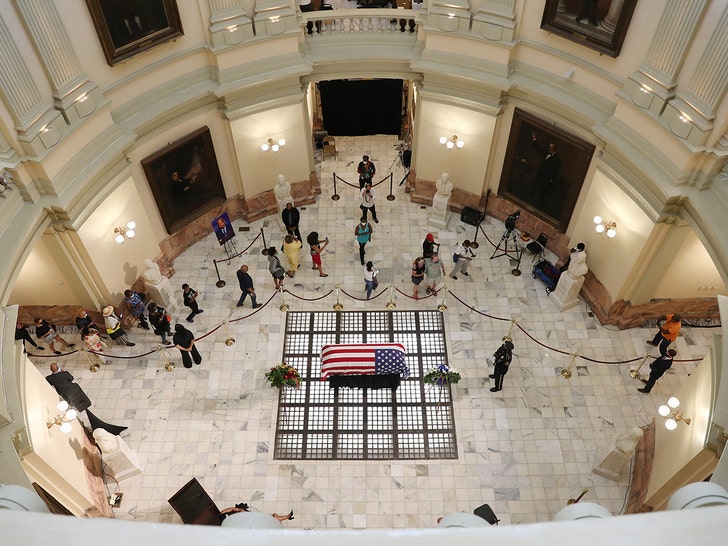 Georgia Gov. Brian Kemp and Atlanta Mayor Keisha Lance Bottoms were among the dignitaries who greeted the honor guard that arrived with Lewis' body.

The Civil Rights leader will be laid to rest Thursday ... with his funeral taking place at the historic Ebenezer Baptist Church beginning at 8 AM PT. Barack Obama will reportedly deliver the eulogy, and former Presidents George W. Bush and Bill Clinton are expected to attend.

The funeral will mark the end of a week-long memorial from the nation's capital to Selma ... where the procession traveled across the infamous Edmund Pettus Bridge. That's where a 25-year-old Lewis, and others fighting for voting rights in 1965, was brutalized by cops who fractured his skull.

Lewis and Obama walked hand-in-hand across the bridge back in 2015 on the 50th anniversary of the brutal assault. 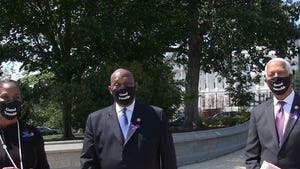