Kristin Cavallari's reunited with Stephen Colletti, her ex-boyfriend from their "Laguna Beach" days, but frenzied fans hoping they're getting back together should know ... there's nothing romantic going on.

Kristin immediately sparked the rumor Tuesday when she shared a photo hugging on Stephen and captioned it, "2004 or 2020?!" For those who don't know ... the 2 were the hot high school couple on the popular MTV reality show, which aired from '04 to '06.

Sources close to the situation tell TMZ ... there's no rekindling of their old relationship -- they've simply remained good friends since their split many years ago.

We're told Kristin was down in Laguna to visit Stephen and Alex Murrel, another star of 'LB: The Real Orange County' ... and that's all there is to it.

This isn't the first time fans of the former flings have gotten their hopes up of a renewed romance. A couple years ago, Kristin -- who went on to star on "The Hills" and her own series, "Very Cavallari" -- shared a video in which she name-dropped him ... and he commented back.

Of course, at that time Kristin was very married to NFL QB Jay Cutler. Now, Kristin and Jay are going through a divorce, so ... let the rain fall down? 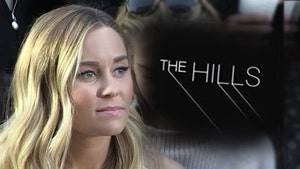 Lauren Conrad is Too Busy For 'The Hills' Reboot, No Bad Blood 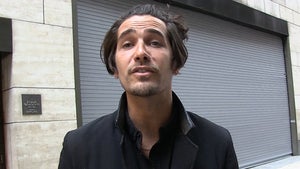