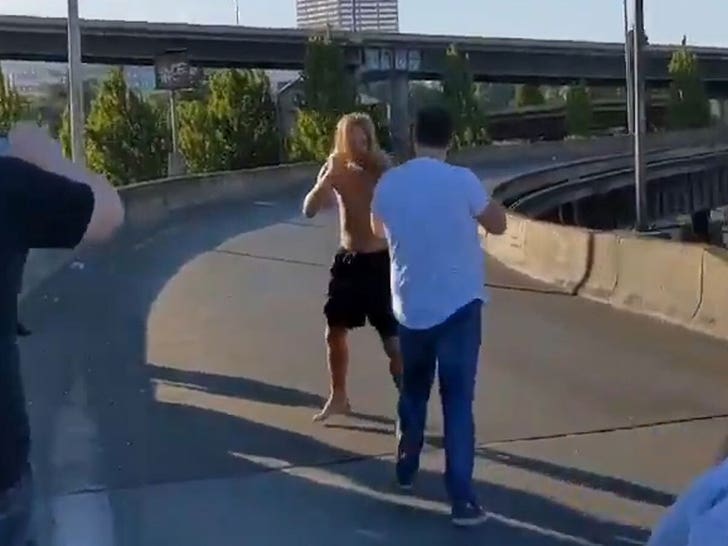 Portland was the scene of violence Saturday which left one person dead ... and this fistfight, early in the protest/counter-protest, between a Trump supporter and a BLM protester was a sign of the tensions that fatally boiled over.

The video is wild ... the 2 men almost look like amateur prizefighters, but this was sanctioned by no one.

The way it appeared ... a BLM protester & pro-Trump rally attendee first got into it on the roadway at the ramp to the Morrison Bridge.

One counter-protester & pro-Trump rally attendee engaged in a fist fight on the roadway at the ramp to the Morrison Bridge. #PortlandProtests #PDXProtests #BlackLivesMatter pic.twitter.com/KNnDgxiskF

You see one guy move toward the other man, who then backs up before they lock up. Cops quickly break up the fight.

This fight happened during a violent night in Portland that left one dead.

A procession of MAGA supporters descended on the city and clashed with BLM protesters. 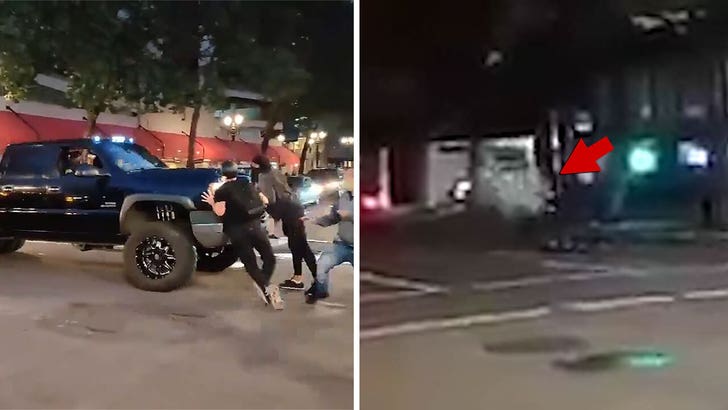 As we reported, one person was shot and killed later in the evening. It appears the man who was shot was a member of a far-right group. It's unclear who fired the shots or if police found the shooter. For his part, Donald Trump tweeted, "GREAT PATRIOTS" as the caravan made its way to Portland.