7:09 AM PT -- 9/15 -- Carole tells TMZ ... someone made sure she knew about the commercial 10 minutes before going out on the dance floor. She adds, "And you can see that it did not keep me from bringing the best performance of my two weeks of learning."

5:45 PM PT -- Carole's mentioned by name in the commercial, which just aired during 'DWTS.'

The spot features Don's three daughters explaining how much they love and miss him and why they need to know what happened to him.

Don's former assistant says his loved ones are just asking for justice, and the family lawyer says they deserve answers and asks the public if Carole was involved.

The family mentions their $100,000 reward and drops a number for their tip line.

The family of Don Lewis -- Carole Baskin's millionaire husband who went missing in 1997 -- is cutting in on Carole's first night of 'DWTS' ... asking the public for help finding him.

Don's family and attorney John Phillips bought time to air a commercial during Carole's "Dancing with the Stars" debut. We're told the spot will implore the public to send tips regarding his mysterious disappearance ... featured, of course, on 'Tiger King.'

We're told the spot will run during the first 'DWTS' commercial break of Monday night's premiere. It features Don's 3 daughters Gale, Lynda and Donna, plus his former assistant, Anne McQueen, and the family attorney ... who all allege Carole has something to do with Don's disappearance.

As you know ... Carole is getting ready for her big 'DTWS' debut ... and we're told Don's family feels her participation in the dance competition series undermines the ongoing investigation into his whereabouts and is a "grossly insensitive" decision by the show's producers.

Carole has always maintained her innocence in Don's case. 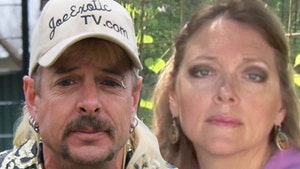 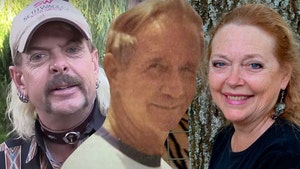