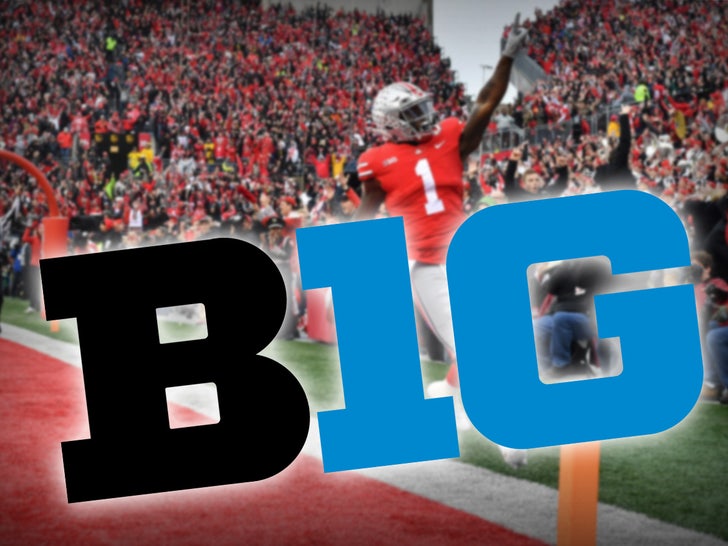 "All teams to participate. Thank you to the players, coaches, parents, and all school representatives. Have a FANTASTIC SEASON! It is my great honor to have helped!!!" 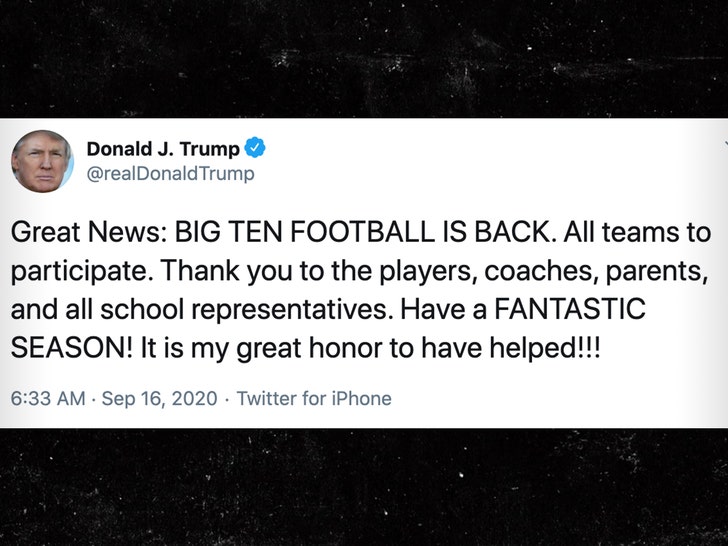 The Big Ten WILL play football in 2020 after all -- the schools and conference leaders have agreed on a plan to resume in mid-October, according to multiple reports.

Remember, it was just back in August the conference -- which includes teams like Ohio State, Michigan, Michigan State, Penn State, Nebraska and more -- decided to press pause on the 2020 season due to the COVID-19 pandemic.

But, the University leaders met again and were apparently impressed by new daily rapid testing, which would make things safer for everyone ... according to ESPN.

In fact, ESPN says the Big Ten Council of Presidents and Chancellors voted unanimously to resume the season.

Now, the plan is to green light football programs to begin practicing ASAP so they can start playing games by October 24.

Sources told ESPN the conference is looking at an 8 or 9 game season, with the conference championship going down on Dec. 19 -- one day before the college football bowl selection special.

Obviously, the hope is that a Big Ten team would be considered for the college football playoffs so they could compete for a national championship.

Several college football conferences are already playing -- including the SEC and the ACC.

The PAC-12 is still on hiatus -- but there seems to be a movement to follow the Big Ten's lead and resume in the fall as well. 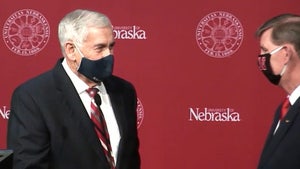 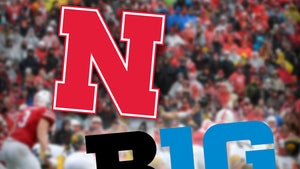