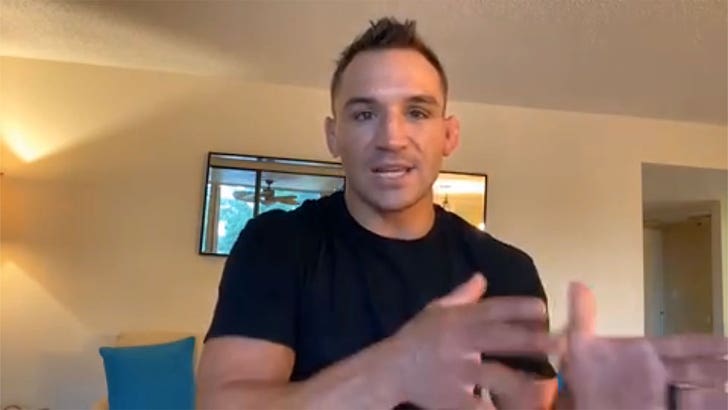 Not only is he stoked to be a part of the UFC family, but says he'll be training for the Khabib vs. Gaethje fight as if he'll be in the Octagon that night.

"I'm excited about the opportunity," Chandler says ... "I know I'm going to be ready to step in that cage October 24th and beat either Khabib or Gaethje if something goes awry."

You gotta watch the clip ... Chandler says he's ready to show everyone that he's the best lightweight in the world, period!

MMA star Michael Chandler has officially signed with UFC -- and Dana White says he's flying the guy to Fight Island to be a backup fighter for the big Khabib vs. Justin Gaethje match. 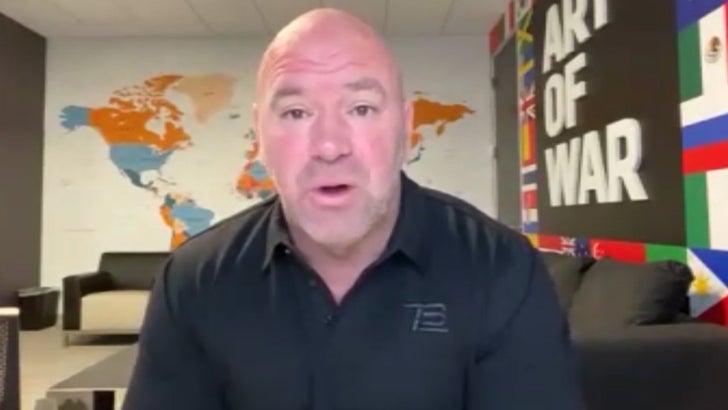 For years, 34-year-old Chandler [21-5] has been widely considered one of the best fighters outside of the UFC universe. He's been fighting with Bellator for the last decade.

But, his contract ended and Dana pounced -- telling TMZ Sports he's super excited to have Chandler on board.

"Very excited about him ... now that I've got to know him a little bit, he's a great guy. I'm happy for him.

As for Fight Island, Khabib Nurmagomedov vs. Justin Gaethje is set for Oct. 24 at UFC 254 ... and if you know anything about Khabib fights, there's always a chance of someone pulling out at the last minute.

So, Dana is essentially using Chandler as Plan B.

"He will be training, he will be cutting weight and he will weigh in ... in case anything happens to Khabib or Justin."

Meanwhile, Dana says he's flying back to Yas Island in Abu Dhabi on Sunday to gear up for UFC 253 featuring Israel Adesanya vs. Paulo Costa.

"I predict [this fight] will be the fight of the year," Dana says ... noting the two stars match up perfectly for an action packed main event.

"It is impossible for this fight not to be incredible."

We also asked Dana how he felt about Israel's habit of creating an entertaining ring walk on the way to the octagon.

"But you know what, it works for Israel."