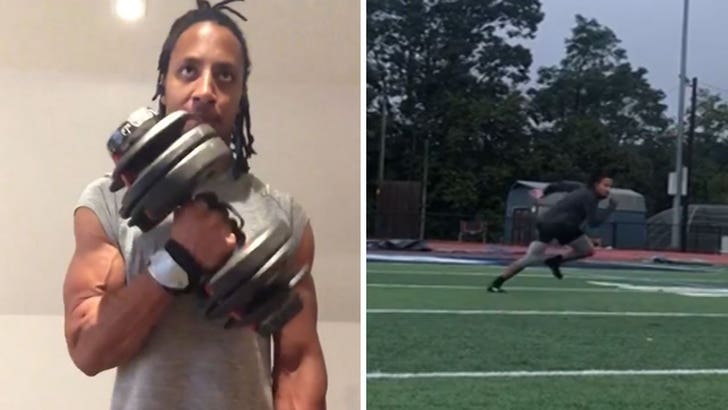 Eric Reid is still working like a mad man to get back in the NFL ... he just posted videos of his intense workout Wednesday -- and it's clear, the former Panthers star is still a BEAST!!!

The clips show the 28-year-old safety pumping serious iron in the weight room ... and getting after it in drills on the field.

And, the dude looks great -- he's got power, speed and size ... and it's obvious it's all a message to NFL teams that he's still game ready.

Of course, Reid has not yet found a home on a roster since his time in Carolina ended after the 2019 season ... and there seems to be concern that it's, once again, due to his political views.

Remember, Reid -- alongside Colin Kaepernick -- settled a lawsuit with the NFL just a year ago after the two accused league owners of blackballing them over their kneeling protests.

Eric was still able to find work in Carolina despite the legal war ... but since his departure from the Panthers this past offseason -- he hasn't had any bites with a new squad since.

It's pretty clear Reid -- who's still SUPER active in his fight against social injustice, even calling out Roger Goodell for his apology to protestors few weeks ago -- is ready for that to change.

Dallas Cowboys (along with your awful secondary) ... you watchin'?