The Vegas strip's shining a little brighter to honor one of its adopted sons ... lighting up the marquees to honor the late Siegfried Fischbacher.

Sin City paid tribute to the legendary magician/tiger tamer Thursday night when virtually every hotel on Las Vegas Blvd. lit up its marquee to bid him farewell. The tribute started at 5 PM ... and you can see Park MGM, Aria and the MGM were among the hotels that took part. 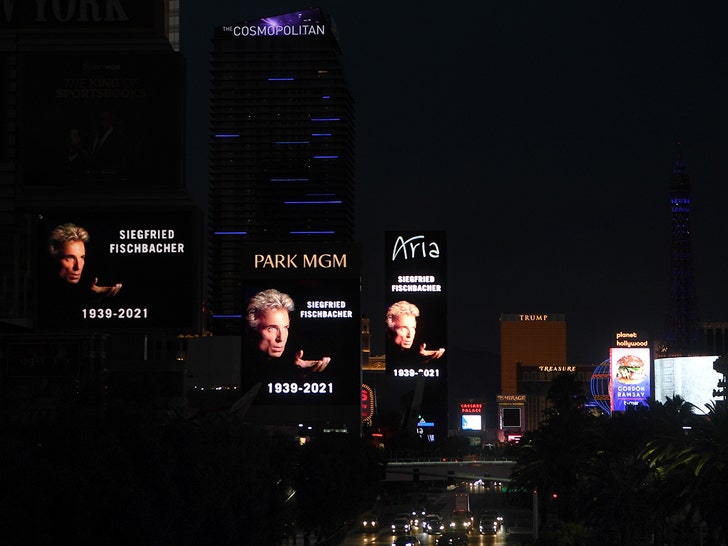 Siegfried and Roy arrived in Vegas in the 1970s and performed at the Stardust Hotel, MGM Grand, New Frontier Hotel.

While Siegfried got top billing at various hotels ... he undoubtedly shined the brightest at the Mirage, where he and his partner, Roy Horn, built a worldwide brand from 1990 until 2003. Before their debut there, the duo described the new show to Steve Wynn as "above and beyond anything anyone had seen in Las Vegas."

Kenneth Field, the producer, told 20/20 that the new show "was probably the most expensive show in the history of the world at the time it was built." A cool $30 million. Siegfried and Roy's show would go on to become the most visited show on the strip. 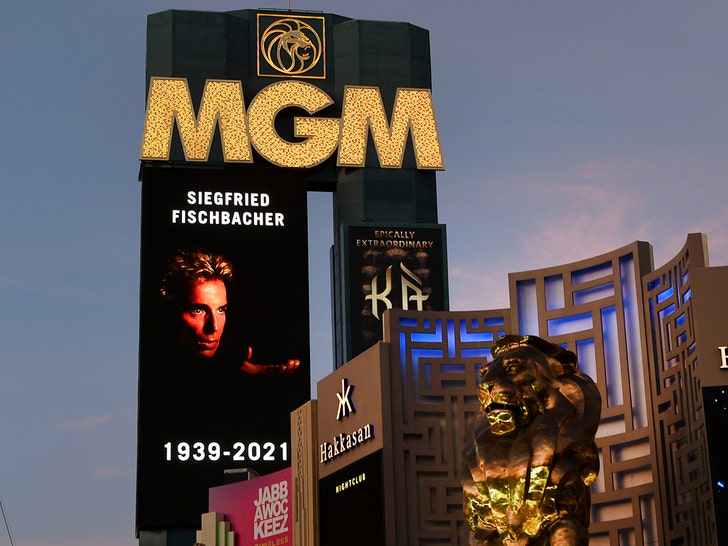 As we reported ... 81-year-old Siegfried died Wednesday and just 2 days after announcing he had cancer. His death came 8 months after Roy's passing. Siegfried died at his home in Las Vegas from pancreatic cancer. His sister said he "fell asleep gently and peacefully." 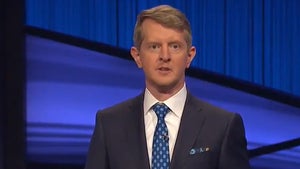 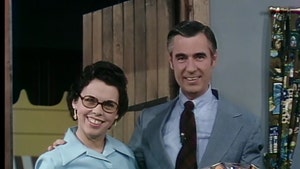