The Univ. of Tennessee is one step closer to having another Manning on campus ...

The Vols had previously offered Arch -- Cooper Manning's son, Eli Manning's nephew, and the top quarterback recruit in the 2023 class -- but the scholarship disappeared when the school cut ties with former head coach Jeremy Pruitt in January.

Now, though, new head man Josh Heupel has reportedly wasted no time getting Tennessee back in the mix for the QB ... re-sending the offer Tuesday.

Arch Manning, nephew of Peyton and Eli, accounted for 6 TDs in his sophomore debut. 😳

It's a big deal ... many believe Tennessee could be a top option for Arch throughout his recruitment because of Peyton's family ties -- so getting the offer in a couple years before he has to make his college decision is huge for the Vols.

Of course, Arch is going to be one of the most heavily recruited H.S. players EVER ... the dude -- who just wrapped up his sophomore season -- is considered a QB prodigy and already has a ton of suitors. 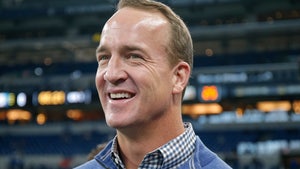 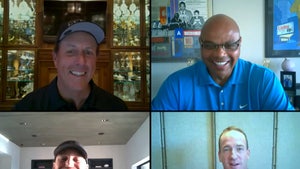