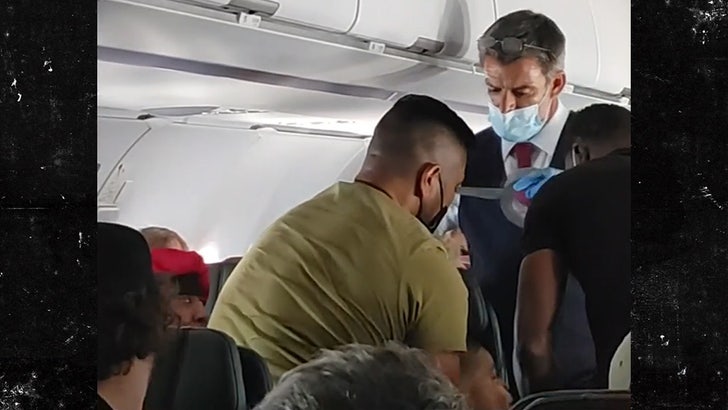 A 13-year-old boy became the most recent passenger on a plane to land in the hot seat ... and then get duct-taped to said seat.

The incident went down this week on an American Airlines flight from Maui to L.A. -- where witnesses told CBS L.A. that the kid started trying to kick in the window next to him ... and supposedly got violent with his mother as well about an hour in.

Soon enough, the flight attendants and other passengers were holding him down and apparently wrapping him to his chair ... part of which was briefly captured on video.

The outlet reports that the plane had to reroute and make an emergency landing in Honolulu, where they say the boy was taken into custody by authorities. No one was injured. 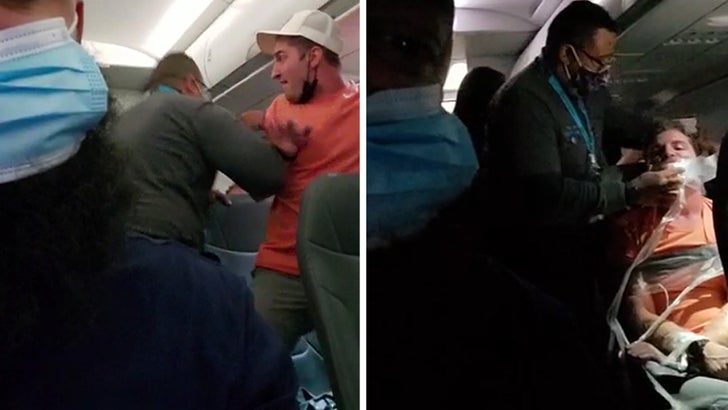 It's another example of people acting up while some 30,000 feet-plus in the sky, and crews doing what they deem is necessary to get the situation under control. We've seen at least 2 notable examples in the past few months ... and they all ended the same way.

A guy on a Frontier flight was just recently taped to his seat after allegedly groping women, which led to a weird, fiery rant. A woman on a Delta flight also went through the same thing not too long ago as well ... supposedly because she was having some sort of breakdown.