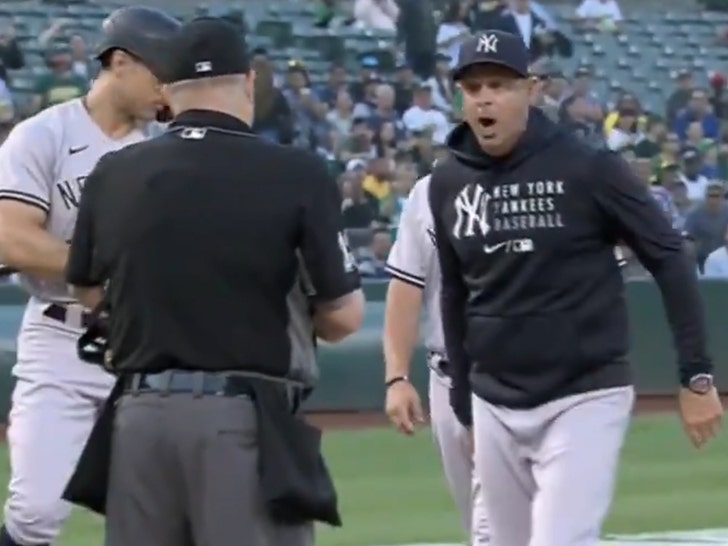 Yankees manager Aaron Boone lost his mind on an umpire during NY's game Thursday ... melting down on the guy in an absolutely epic tirade that was all caught on broadcast cameras.

Boone was furious after home plate ump Todd Tichenor called an apparent ball a strike during the Yanks' tilt with the A's -- and then he was promptly ejected.

Aaron Boone gets ejected and goes OFF pic.twitter.com/o7SKjXn2yt

But, Aaron was so livid over the call and being thrown out ... he ran out of the dugout to scream at Tichenor.

At one point, Boone even kicked some dirt on home plate to show just how disgusted he was with Tichenor.

The best part of the clip, though, had to be when cameras panned to Yankees players Anthony Rizzo and Luke Voit -- who were both clearly laughing at the rant!!

Boone eventually tired out and left the field ... and it seems it all motivated his squad, 'cause the Pinstripes went on to win the game, 7-6, without their manager. 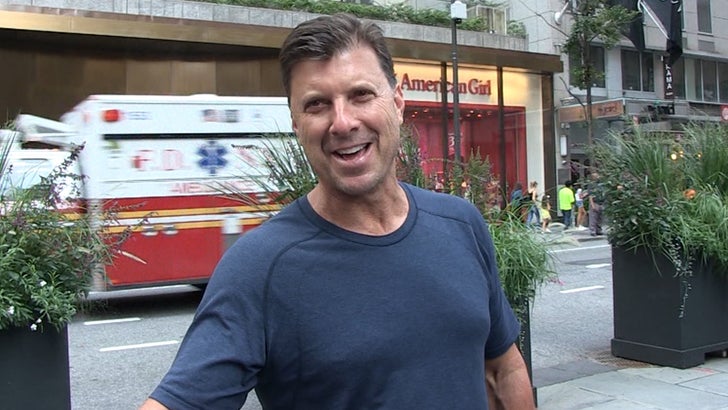 Maybe Tino Martinez was on to something when he said earlier this week that Boone deserves to stay at the helm as long as he wants.