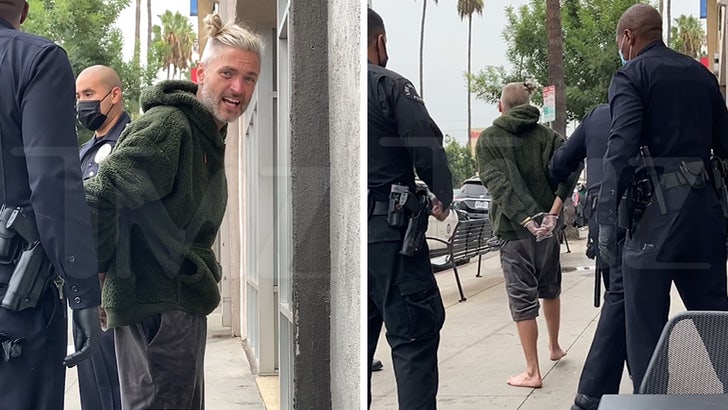 Lucian Piane -- former producer, composer and judge on "RuPaul's Drag Race" -- is in trouble with the law for the second time in a month, but he doesn't seem to have a care in the world about it.

Law enforcement sources tell TMZ ... Lucian was busted by police in the San Fernando Valley Monday afternoon after cops got a call from a bank, claiming he broke a window by ramming a shopping cart into it.

We got video of the arrest which shows Piane singing a parody rendition of "Somewhere Over the Rainbow" as cops search him. And, ya gotta love this ... he name drops RuPaul, and cracks jokes about officers pulling his pants down, saying it'll make him more famous!!!

All jokes aside ... Piane was barefoot and yelling as cops hauled him off in cuffs.

Our law enforcement sources say he was booked for felony vandalism -- the window he allegedly smashed was more than $1,000. He was released early this morning, around 1 AM.

Piane seems to be on quite the bender lately. As we reported, he was also arrested in late August in Oceanside, CA for public intoxication, after cops say he made a series of bogus, drunken 911 calls. 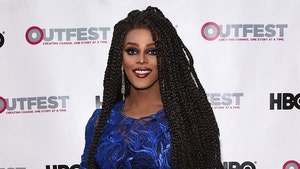 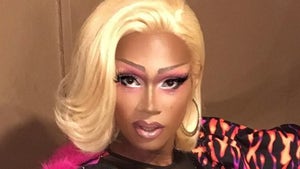