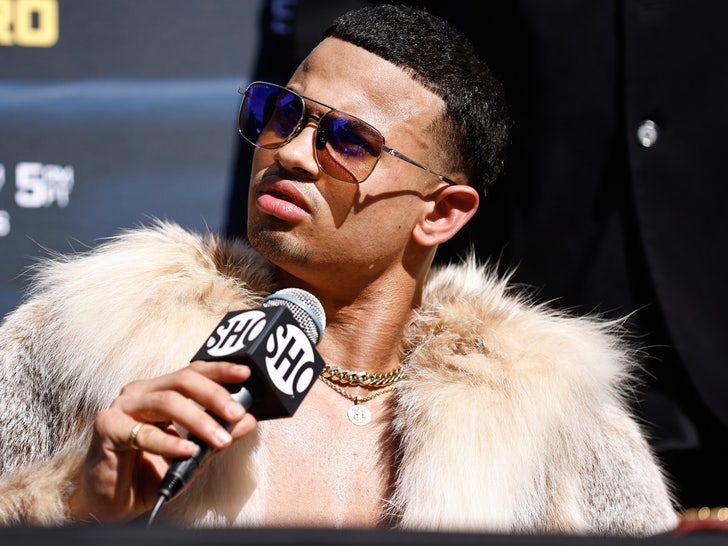 Rolando Romero has been pulled from his fight with Gervonta Davis after being accused of sexual assault ... but the boxing star is adamant the allegations are "totally false," and he's vowing to clear his name.

The undefeated (14-0) 26-year-old boxing star was scheduled to fight Tank -- also undefeated -- December 5 in Los Angeles ... but was replaced on Monday just days after several women alleged the fighter sexually assaulted them.

One of the accusers is a 24-year-old woman who claims Romero sexually assaulted her at his apartment in fall 2019 after they played a game of Connect 4.

The woman told SI she didn't go to the police when the alleged incident went down because it was "a paralyzing moment" ... and frankly, she didn't think anyone would believe her story.

All told, there are multiple women accusing Romero.

Romero addressed the damning allegations on social media, taking to Instagram to declare his innocence.

"Although the allegations against me are totally false and I will prove that through the legal system, I agree that it is in the best interest of everyone involved that I not participate in the upcoming pay-per-view event," Rolly says.

"After clearing my name I will return to the ring as soon as possible."

As for who Davis with scrap with in December ... 23-year-old Mexican boxer, Isaac Cruz, is stepping in for Romero.