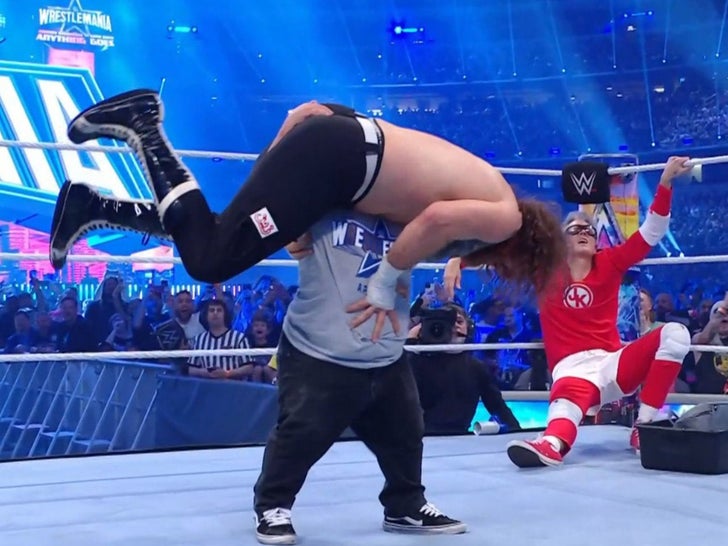 Johnny Knoxville just pulled off the unthinkable -- the "Jackass" star defeated WWE superstar Sami Zayn in their "anything goes match" at WrestleMania 38 ... with shocking help from his friend Wee Man.

The famous stunt performer just wrestled in his first WWE match -- against bitter rival Sami -- and not only did he hold his own, but he walked away with the W, too.

The former intercontinental champ, Zayn, dominated Johnny for most of the match -- but the tables turned when Knoxville got some much needed help from Chris Pontius AKA "Party Boy" and fan-favorite Wee Man.

Knoxville, who's known for being the KING of pranks, had some special props and traps set up underneath the ring just for Sami.

One of the highlights of the match came when Chris emerged out of nowhere -- Sami looked like he had seen a ghost -- stripped down to his speedos ... and started dancing on Zayn in true party boy fashion.

Zayn disposed of Party Boy -- but Wee Man was there to save the day. The feisty stuntman blindsided Sami when he appeared from underneath the ring ... unleashing a flurry of punches on the pro wrestler.

Knox and Wee Man would join forces back in the ring, where it became a 2-on-1 handicap match (unofficially) ... and Wee Man stole the show when he body slammed Zayn in the middle of the ring at AT&T Stadium.

The crowd absolutely ate it up ... going wild at the impressive feat of strength from the stuntman -- giving Knoxville the upper hand for the first time in the match.

Johnny had one more trick up his sleeve before he put Sami out of his misery. The comedic genius unveiled a life-size mouse trap, put Sami on it, then actually trapped Zayn on it ... as he pinned him 1,2,3.

Knox promised to beat Sami at Mania ... and he came through on the promise, with the help of a few friends, of course. 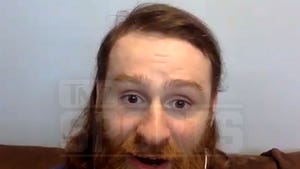 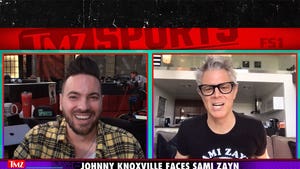