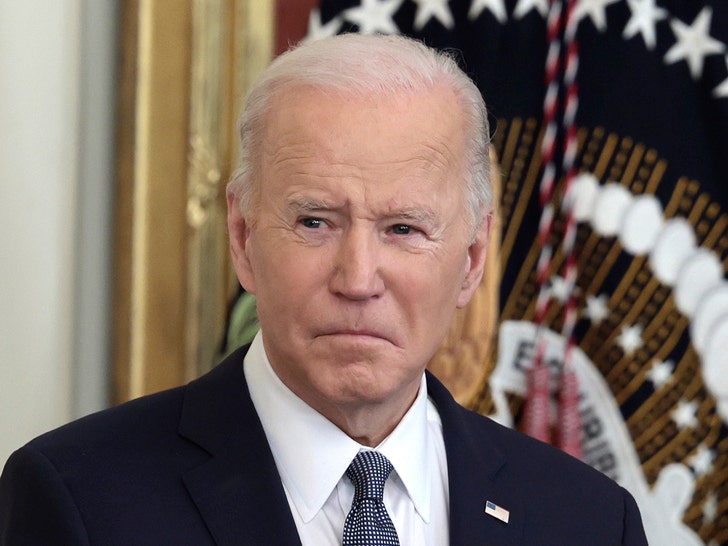 2:48 PM PT -- There's a lot of hoopla surrounding the COVID announcement regarding Biden, but he wants the world to know he's doing A-OK ... by posting this video of him and his dog.

Check out this video posted to Joe's social media page, where assures everyone that's he's feeling fine and that he'll be working from home for the time being. His German Shepherd, Commander, is right there by his side ... so this diagnosis isn't as dire as some are making it out to be.

President Biden has contracted COVID-19 again -- this after several days of testing negative for the virus and seemingly entering the recovery lane, with any illness in the rearview.

JB announced he'd tested positive once more on Saturday, taking to Twitter to write ... "Folks, today I tested positive for COVID again. This happens with a small minority of folks. I’ve got no symptoms but I am going to isolate for the safety of everyone around me. I’m still at work, and will be back on the road soon."

This happens with a small minority of folks.

I’ve got no symptoms but I am going to isolate for the safety of everyone around me.

I’m still at work, and will be back on the road soon.

Dr. O'Connor described this as a "rebound" effect, something he says happens with a small percentage of people who catch COVID and are treated with something called PAXLOVID -- which seems to be a medication POTUS was given to help combat the virus and symptoms.

An update from Dr. Kevin O’Connor, Physician to the President. pic.twitter.com/40oqYOYTQN

His letter goes on to say Biden tested negative on Tuesday, Wednesday, Thursday and Friday -- but despite this, an antigen test administered on Saturday morning proved to be positive. The doc notes, "The President has experienced no reemergence of symptoms, and continues to feel quite well."

It continues, "This being the case, there is no reason to reinitiate treatment at this time, but we will obviously continue close observation." Even though he won't go on any more meds for COVID, Biden will re-enter isolation procedures out of precaution, just like before.

JUST IN: Crowd in the White House Rose Garden cheers when Pres. Biden announces that he "just tested negative for COVID-19 after isolating for five days.”

“Thankfully, I’ll now be able to return to work in person.” https://t.co/Ky37rHavmx pic.twitter.com/ApDpB99X58

Earlier this week, he made his official return to work and did a public appearance in the Rose Garden. He'd also told the press he was "feeling great" and was ready to get back to it. 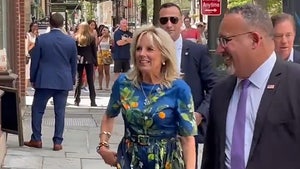 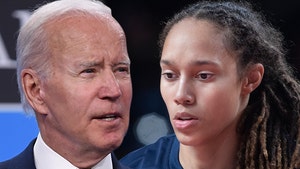