10:03 AM PT -- The song serves as the video game's official theme song and the visual is "Wolf of Wall Street" meets "Weekend at Bernie's" ... as Rocky maneuvers through the corporate world before living out a grim reality from his failed Rolling Loud mosh pit from September.

A$AP Rocky’s style and drip are flooding the newly released "Need For Speed Unbound" video game … even when you simply honk the horn!!!

Eager gamers noticed when the game dropped Tuesday that Rocky’s voice actually serves as a customized car horn in one of the many unlockable options.

No way they made an A$AP ROCKY horn HAHAHAHAH #NFSUnbound pic.twitter.com/IGzzR8Qyd6

Rocky is also a playable character in the game’s "Takeover mode" and so is his actual Mercedes-Benz 190E … down to the last detail with the slogans "Alway$ $trive and Pro$per" and "If Not Now Then When."

The game’s soundtrack is also packed with several Rocky tracks … in addition to songs from Playboi Carti, Tyler The Creator, Rosaliá and Maxo Kream as well as multiple A$AP Mob crew members. 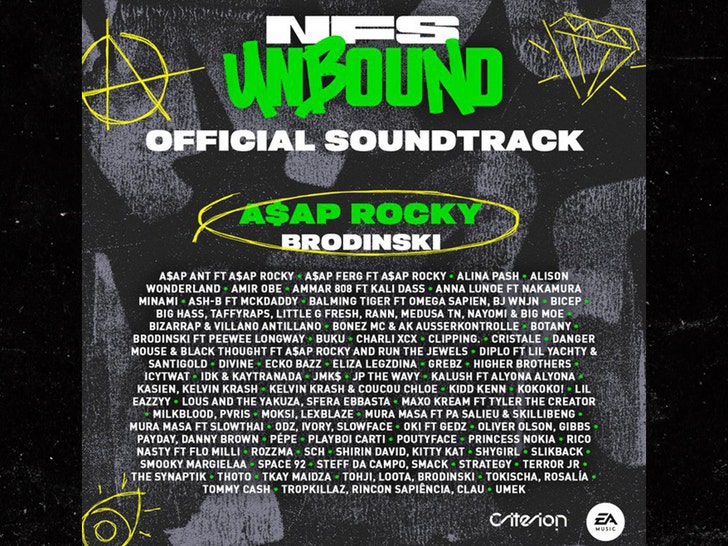 The Harlem rapper celebrated the game’s launch with a full-scale photo shoot while holding stacks of cash next to his beloved Benz.

Buckle up your designer seat belts … the game looks intense!!! 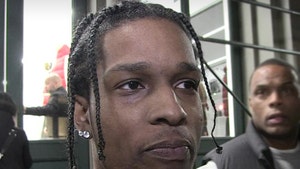