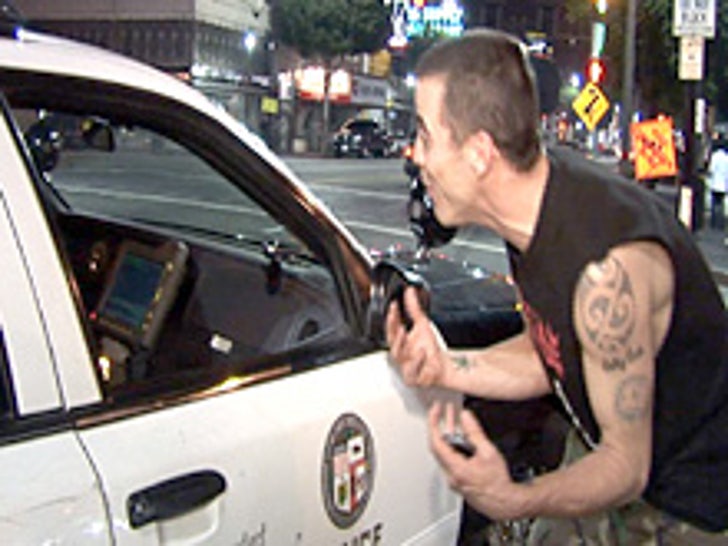 TMZ shot exclusive video of a TV star flaunting what appears to be marijuana outside a Hollywood nightclub and then joking with police about it.

At around 3AM PST on November 2, Steve-O, who starred in MTV's 'Wild Boys' and 'Jackass,' left Mood, a club frequented by celebs, and immediately pulled out a plastic bag which appeared to hold a sizeable amount of marijuana. He removed the contents and said, "I've been smokin' pot all night!" Then he sniffed the contents of the bag several times in front of our camera.

When the TMZ cameraman asked Stevo-O what just happened, Steve-O said, "Oh, it's cool, man. They just wanted to make sure I didn't have that weed anymore."

The LAPD is investigating another incident captured by TMZ cameras, in which a group of young people including Paris Hilton encountered police after her 19-year-old boyfriend crashed her Bentley into a parked truck at early morning on Nov. 9. Police did not conduct a field-sobriety test and Hilton's party was free to leave. The LAPD has yet to confirm if the officers followed proper procedures that night.