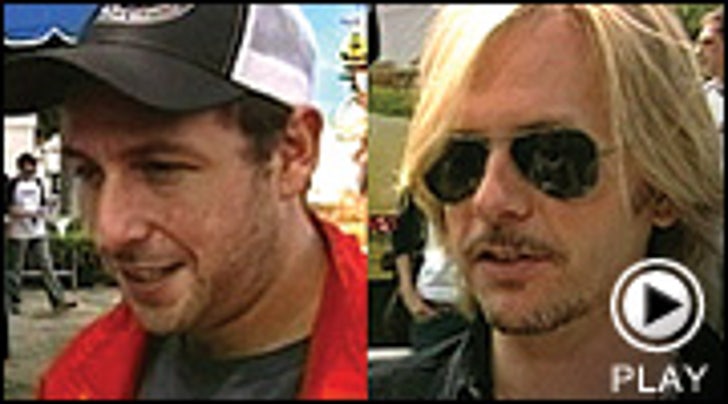 The movie's called 'The Benchwarmers' but only All-Stars were on the red carpet at its premiere Sunday night. Adam Sandler, David Spade, Rob Schneider and 'Napoleon Dynamite' star Jon Heder were in the line-up for the baseball film's debut, and TMZ caught all the action.

The movie stars Jon Lovitz as a rich eccentric who fields a team of adults - in age, at least - against squads of Little Leaguers in a baseball tournament. It hits screens nationwide this Friday.