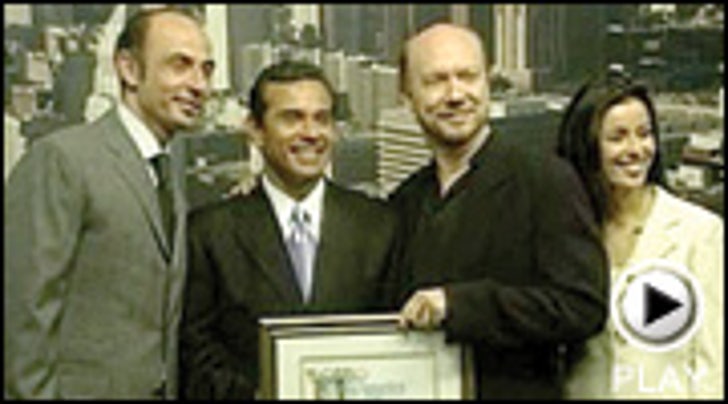 'Crash' follows a multiethnic ensemble over an explosive 36-hour period in Los Angeles, delving into issues of racism and police corruption. The ceremony coincided with the DVD release of the director's cut.