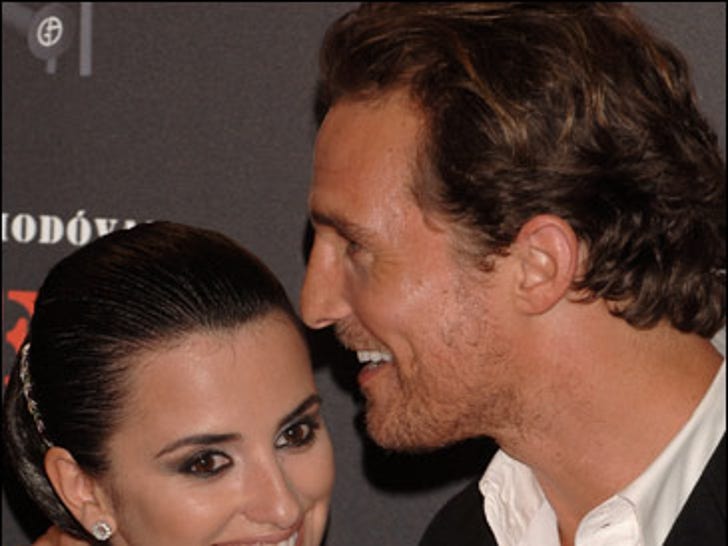 THE RUMOR: Have Matthew McConaughey and Penelope Cruz said adios? 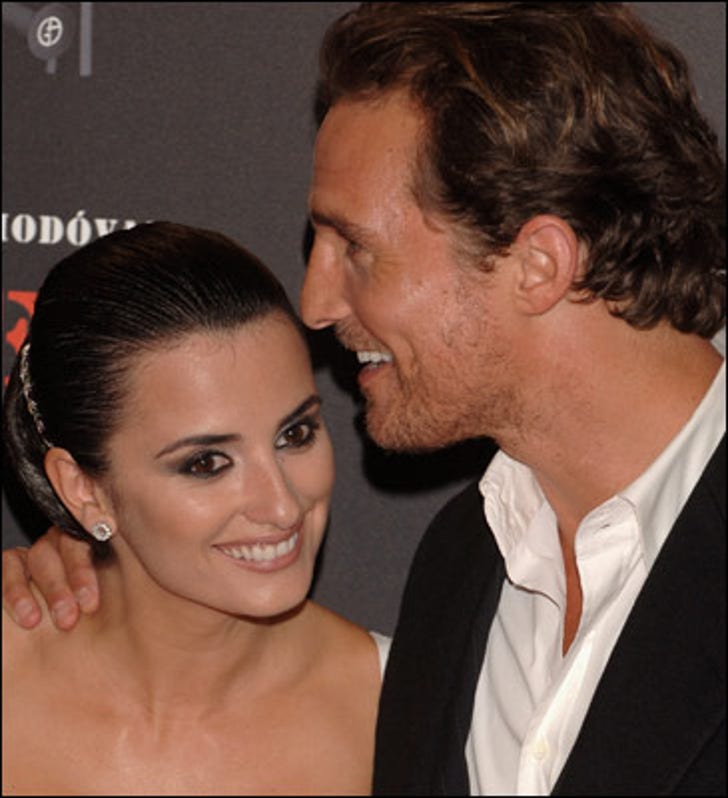 WHERE IT STARTED: People magazine's "Sexiest Man Alive" has been partying while shooting his new movie, 'We Are Marshall.'

HOW IT SPREAD: McConaughey -- who has been dating Cruz for the past two years after they met on the set of 'Sahara' -- was acting like a single guy at the Monkey Bar at Marshall University in West Virginia, where the film is being shot. He downed beers with cast and crew from the film and chatted and laughed with one shapely blonde who caught his eye. For the record, Cruz was nowhere in sight.

Tongues started wagging last January when Mathew and Penelope attended the Golden Globes separately. She posed alone on the red carpet and they didn't mingle with one and other the entire night.

Penelope at the Golden Globes

THE TMZ LOWDOWN: The pair seemed like a perfect match after falling for one another back in 2004. Fresh from her failed romance with Tom Cruise, the Spanish actress seemed smitten with the athletic Texan and the pair even embarked on a road trip together across America in his Gulf Airstream.

All that time spent on the road seemed to bring the couple closer together. McConaughey, 37, whose previous celebrity conquests have included Sandra Bullock, told Oprah Winfrey that Cruz, 32, was "pure on the inside."

But things seemed to have cooled recently as the couple has spent more time apart. Cruz filmed Pedro Almodóvar's 'Volver' in Spain while her beau completed 'Failure to Launch' with Sarah Jessica Parker stateside.

As well as being one of the hottest guys in Hollywood, McConaughey has a rebellious side. He was infamously arrested at his home in Austin, Texas, in October, 1999, after police found him playing the bongo drums naked. He was given a $50 fine for noise violation. The free-spirited actor has said he doesn't know if he'll ever settle down.

Devout Catholic Cruz may not want to wait forever. She's just been tapped to shoot 'Passion India' in both India and Spain later this year. If absence doesn't make the heart grow fonder, then "Houston, we may have a problem."

A spokesperson for McConaughey would not comment on the relationship.