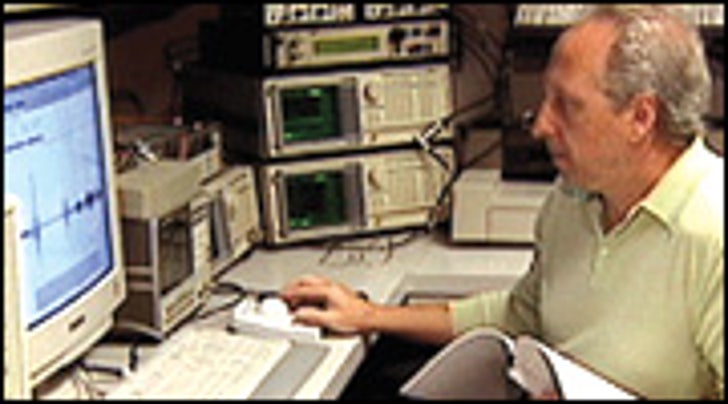 The federal probe into Hollywood gumshoe Anthony Pellicano is nowhere near winding down.

A source connected to the investigation says prosecutors have listened to only 25 percent of the hundreds of hours of tapes made by Pellicano -- a fact that will send chills through a Hollywood community desperate to put the case behind it.

The source says the delay in poring through the evidence stems partly from the size of the treasure trove, and from the fact that investigators didn't immediately recognize the value of what they had.

Other people close to the case say it is because three-fourths of the tapes remain unheard that prosecutors have moved the Pellicano trial to October from April, when it was initially scheduled.

Pellicano, for decades the go-to P.I. for celebrities in trouble, operated a mini-CIA out of his Sunset Boulevard offices, working beside a bank of eavesdropping and listening equipment. Click here for video of Pellicano inside his office. He was indicted in Feb. on 110 federal counts, including racketeering, wiretapping, conspiracy and destruction of evidence.

In addition to taping targets of his investigations, including Sylvester Stallone, Pellicano apparently also secretly recorded some of the people who hired him.

For instance, in their indictment of entertainment lawyer Terry Christensen, prosecutors quoted at length from conversations between Christensen and Pellicano -- verbatim clips that could only have come from tapes made by Pellicano himself.

That revelation -- that Pellicano has the taped goods on other lawyers and studio chiefs who employed him -- is what has largely kept Hollywood on edge.

The source close to the case says among those still in the crosshairs is Brad Grey, the one-time uber-agent who now runs Paramount Studios. This person says at least one target of the probe is cooperating with investigators.