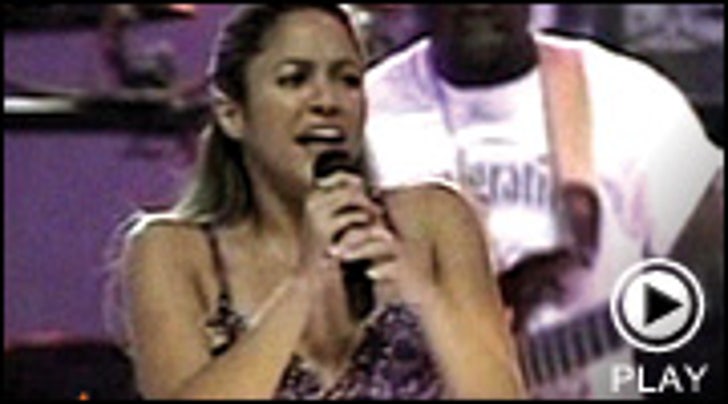 The tiny songbird scooped up six Billboard Latin Music Awards and stopped the show with a sizzling performance.

She was also joined on stage by some of the young benificiaries of her charitable organization, Fundacion Piez Descalzos (Bare Feet Foundation). Her tiny fans presented her with hugs and a Spirit of Hope Award.

But the hottest moment of the night came when Shakira took the stage with Wyclef Jean to perform their rousing dance tune 'Hips Don't Lie'.