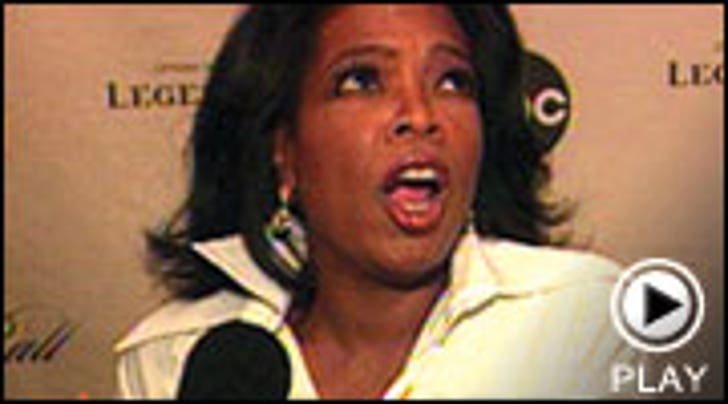 It was the sort of event that you just can't repeat - 2005's Legends Ball, conceived and thrown by Oprah Winfrey to honor who she considers to be 25 of the most exceptional, ground-breaking, African-American women. Instead of trying to do it all again, Oprah celebrated the celebration with an Legends Ball anniversary party.

Winfrey spoke about what it was like when all the incredible women, none of whom knew who else was invited, showed up in her living room. She called it "the most phenomenal moment, as an African-American woman, I've ever experienced."

It was a moment that had to be, if not recreated, at least remembered.