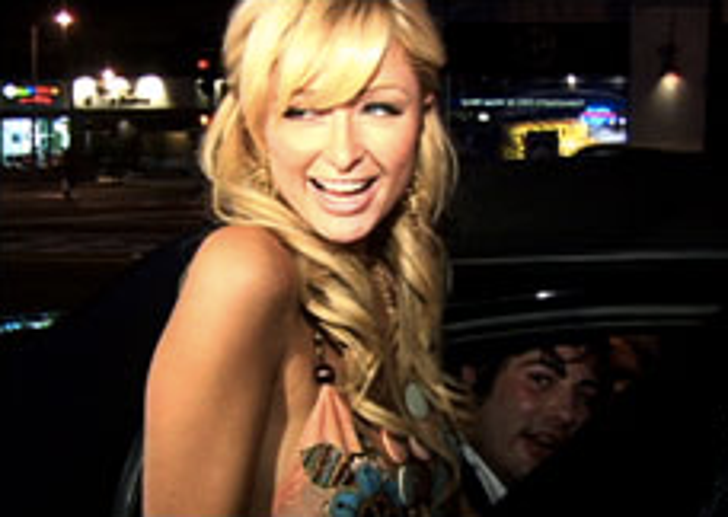 It was a drama filled night Friday at Hyde, a Hollywood hotspot packed with celebrities. Sources inside the club tell TMZ there was a ton of trash talk between Lindsay Lohan and the Hilton sisters. At one point, sources say, Lindsay and Paris were literally face-to-face in a heated spat.

Paris' rep, Elliot Mintz, plays down the incident. "Inside the club," he says, "Paris was having a conversation with a couple friends. Lindsay approached her table and at that moment Paris felt she was being interrupted and didn't wish to speak with Lindsay. A couple of words were exchanged and Lindsay went back to her table. I can understand how other patrons in the club could have thought it had been a bigger deal then it actually was.

Sources tell TMZ that the root of this apparent tension may be because Lindsay has recently been on a publicity campaign for her new film, "Just My Luck." Sources say Paris is upset because during the campaign Lindsay has mentioned Paris' name in interviews with the media. They say Paris feels as if Lindsay is using Paris' name to further her career.

Our own Josh Levine caught up with Nicky, Paris and their friend Brandon Davis leaving the club, who had a few choice words of his own to say about the redheaded star.

TMZ attempted to contact a rep for Lindsay, but our call was not returned.