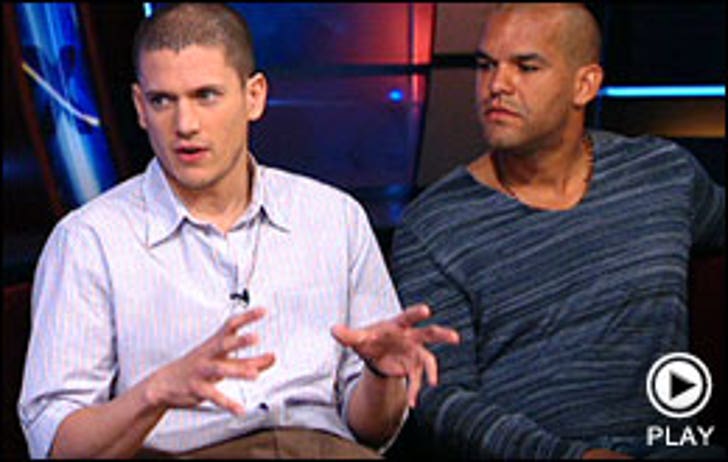 The first season of 'Prison Break' will come to an end when the seaon finale airs tonight on FOX. Two of the show's stars, Wentworth Miller and Amaury Nolasco, are dishing about what we can expect in the finale and what might go down in season two.

The pair let 'EXTRA's' Dayna Devon in on some secrets about tonight. "Each member of the escape team has his own agenda," Miller says.

As for the next season, Miller says, "I know that Michael and Lincoln will be concerned with unraveling the government conspiracy that put him behind bars in the first place."