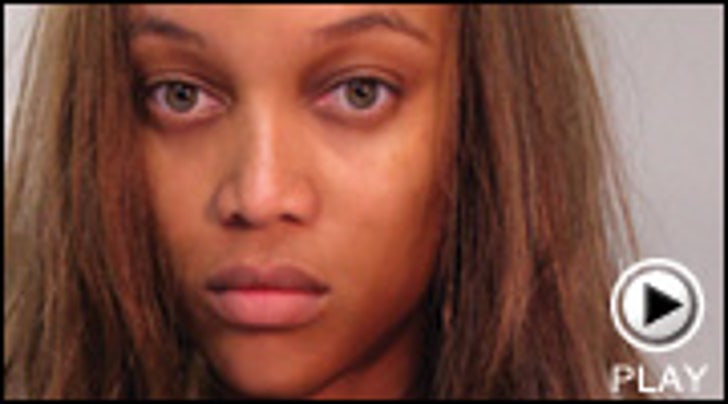 On Thursday's episode of 'The Tyra Banks Show,' Tyra spends a day inside a women's prison in Chino, Calif. Tyra decided to go there after learning that most of the inmates were there because of the actions of their husbands or boyfriends.

Tyra went to the California Institution for Women, where she was fingerprinted, photographed and stripsearched. "I felt violated," she said. "It felt too real to me."

Several of the inmates Tyra met while in prison will be in the studio for the episode.

Check your local listing for when 'The Tyra Banks Show' airs.