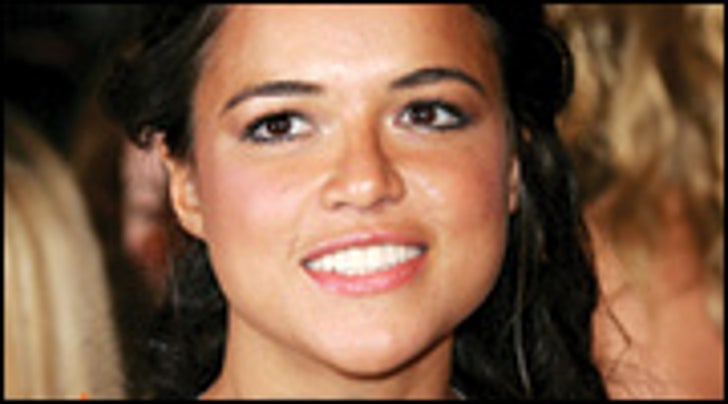 'Lost' star Michelle Rodriguez has been sentenced to 60 days in jail for violating her probation.

Rodriguez was arrested in December on suspicion of drunk driving in Honolulu. That came six months after she pleaded no contest in Los Angeles to hit and run, drunken driving, and driving with a suspended license. She was placed on probation for the LA incident.

Though Rodriguez was sentenced to five days in jail for the Hawaii charge -- opting for jail time instead of community service -- that incident nevertheless violated her California probation, resulting in today's jail time. In addition to the 60-day sentence, Rodriguez also was ordered to check herself into an alcohol rehab program and perform 30 days of community service, including participating in programs run by Mothers Against Drunk Driving.

Since Michelle's legal troubles began, ABC has killed off her character on 'Lost," a development the network INSISTS has nothng to do with her off-camera woes.